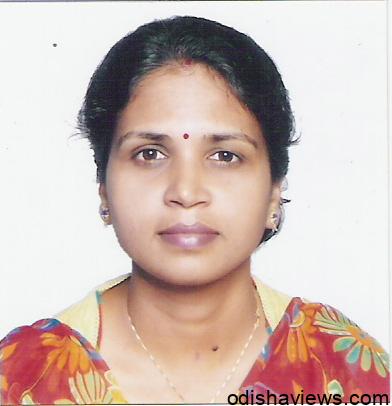 JAGATSINGHPUR July 31. Recognizing excellent research carrier and her role in scientific study in past one decade Odisha Bigyan Academy has conferred prestigious Samant Chandra Sekhar Award meant for Odia scientists working out of state to Dr Jyotirmayee Mohanty for the year 2011. Dr Mohanty was hailing from Titira village under Balikuda area of Jagatsinghpur district recently working as a scientific officer at Bhava atomic Research Center in Mumbai. As a PhD degree holder in physical chemistry from university of Mumbai as a post doctoral fellow she had spent few years in Germany , to her credit she had obtained a couple of US and European patents on her research findings. Earlier she has been awarded for ApA prize for young scientist in the year 2009-10 by Asian Ocenian Photochemistry association [APA], distinguished lectureship award for the young scientist 2009 from chemical society of Japan, which had been highly appreciated by state chief minister Naveen Patnaik. Balikuda MLA Prashant Kumar Muduli, lawyer Bira Narayan Patra and several eminent personalites from Balikuda area have greeted Dr Mohanty. [Ends]