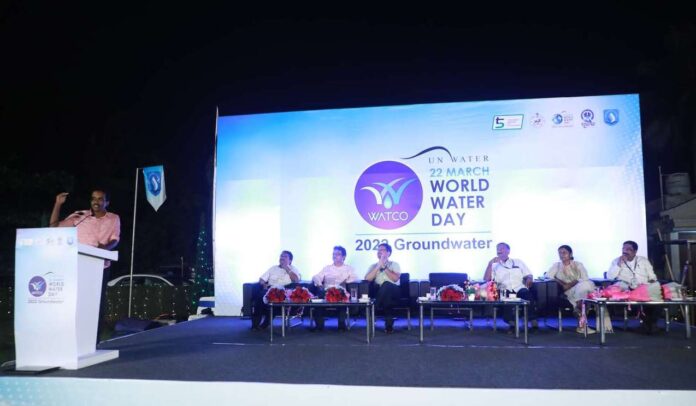 Welcoming the guests Chief Executive Officer of WATCO Er. P. K. Swain emphasizes on the
community involvement in operation and maintenance of the drinking water supply assets
with its management.

“We have involved Jalsathis from the local self-help groups in Urban Local Bodies, which has emerged as a replicable model in the entire country with 24×7 drinking water supply projects as well as ‘Drink from Tap Mission’. Now we are involving the Transgender SHG members in the operation and maintenance of one of our Water Treatment Plant located at Pratapnagari, Cuttack, which is going to be the first in the entire country and we are sensitizing all for the minimal use of groundwater” he mentioned.

Resident Project Manager for WATCO-PMC Chinmay Tripathy made a presentation on this
year’s theme relating it with WATCO activities as well as the reform measures taken so far
in Odisha’s water sector.

Every year, on 22nd March World Water Day is observed globally as an annual UN Observance Day to highlight the importance of freshwater and to advocate for the sustainable management of freshwater resources.