Swabhiman Anchal in Malkangiri Eager to Vote in Panchayat Elections 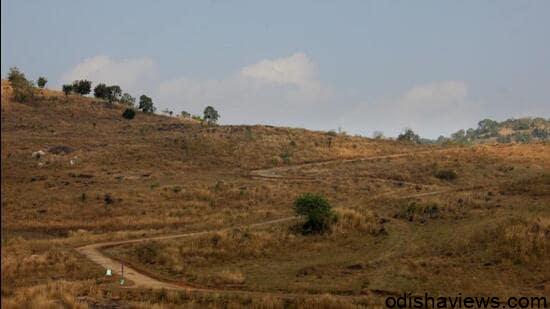 Areas that were previously under Maoist control but have now been taken over by Indian security forces are looking forward to voting in the upcoming Panchayat elections.

From Chitrakonda’s Swabhiman Anchal to Bandaghati, large swathes of Malkangiri that were once under Maoist control will now hold panchayat polls after decades of living under Maoist fear.

Development has taken place through trickles and dribbles. A motorable road now connects Madakapadar gram panchayat, which was earlier reached via difficult treks through jungles and mountains.

Pucca roads can be seen here and there, while road construction work is still on in many places.

Politicians are now fearlessly campaigning ahead of the Panchayat elections. Politicians know that it is now their turn to do their bit to improve the lives of people, ensure better connectivity, drinking water, healthcare, and education facilities in a place where huts of villagers are scattered over hills.

Meanwhile, Odisha DGP Sunil Kumar Bansal on Friday visited BSF’s Hantalguda Camp in Swabhiman Anchal in Malkangiri district to review security arrangements for the upcoming panchayat polls. Bansal said that drones will be deployed in Swabhiman Anchal during the elections. If required, helicopters will also be pressed into service, he added.

The BJP and BJD are the two main parties in the poll fray. Malkangiri is a BJP stronghold.