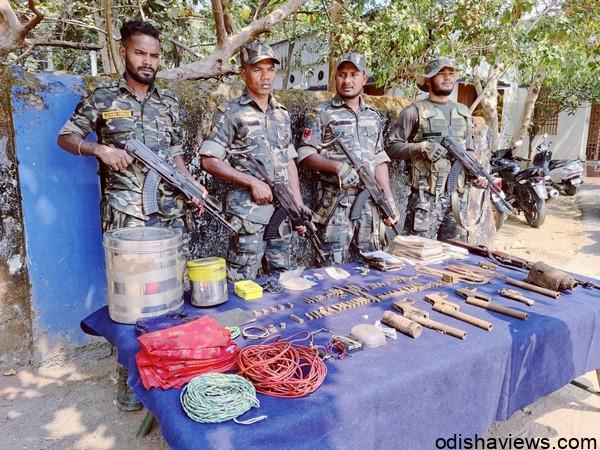 A joint team of SOG and DVF forces has recovered a major Maoist dump near the jungle area of Nadmenjeri village under Jantri gram panchayat under Jodambo police limits in the border area of Andhra Pradesh and Odisha in Malkangiri district.

The operation was carried out on Sunday afternoon.

A large quantity of Arms, IEDs, Explosives, Maoist literature, and other incriminating articles were recovered from the area. The articles were possibly intended to make IEDs and to target villagers and police teams during PRI elections.

Malkangiri Police stated that it was a major setback for the Maoists. It is suspected that the explosives along with other articles belonged to the Maoist cadres of AOBSZC.

Afterward, more combing and search operations are being carried out in the area. Malkangiri Police are confident of ensuring free, fair, and safe PRI elections in Swabhiman Anchal.