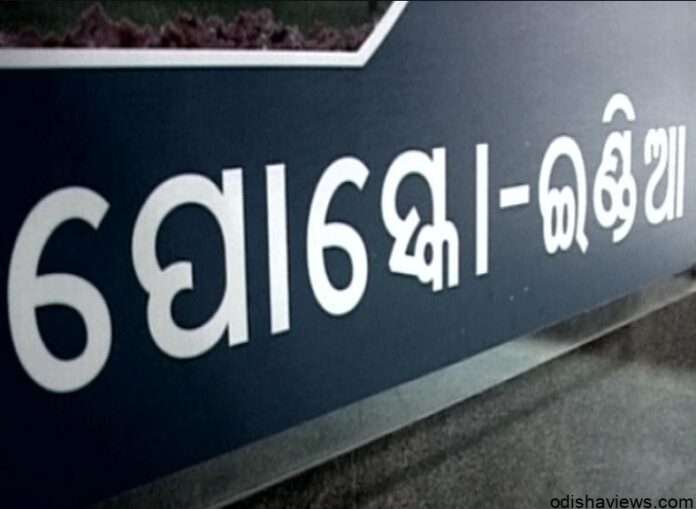 Jagatisnghpur July 11. Amidst standoff runs in Posco site villages in Kujanga area following stiff resistance by the anti project people and pro project supporters , in a significant gesture both the groups reportedly on Monday were found pulling the chariot of lord Jagannath in Kunjabihari Pitha locally known as Subhadra Khetra in Gadakujanga village near Kujanga obliviously of their hostility.
The annual Ratha Yatra celebration in Gadakujanga village is unique in the way that the chariot is pulled a day after the Ratha Yatra in Puri and the celebration is observed two consecutive days.
The rich traditions of the locality speak that all ceremonial procession of deities and sweeping of chariot are performed on the day of Ratha Yatra and the three deities stay back in Bada Danda on that night till the next day when the chariot is pulled.

Following the age old precedent the servitors conducted the Pahandi procession, and performed rituals of the deities like Mangala Arati, Surya Puja, Rosha Homa etc on Wednesday and the sweeping of the chariot was performed by the state health minister and Paradeep MLA Damodar Rout , temple management sources said thousands of devotees and villagers from Gadakujanga, Nuagaon, Govindapur, Polanga, Dhinkia, and people from surrounding areas including residents from Paradeep outskirts took part in the chariot pulling held on Thursday.
Interesting to note it was noticed that forgetting past enmity and hostility over the proposed controversial Posco project both supporters and opponent group congregated and joined hands with each other to pull the chariot.
It may be mentioned here that the supporters and protestors of Posco project were not allowed to enter each other’s villages in few areas in proposed project site but on auspicious Ratha Yatra day the prohibition had lifted and they untidily participated in the festival with great enthusiasm. Last year very few people from Dhinkia village had participated in Rath Yatra festival but this year their numbers had increased even few project opponent leaders had witnessed in the Yatra.

The Ratha Yatra organizers had anticipated less number of people from the festival but all were taken by surprise when thousands of residents including women and children and kids from Dhinkia, Govindapur and Patana villages recognized as anti Posco bastion thronged the Ratha Yatra held in pro Posco region Gadakujanga to have a glimpse of the deities and pulled the chariot on the Thursday evening.

Anti Posco leaders from Dhinkia village described that the Ratha Yatra of Gadakujanga has a rich tradition and connect spiritual heritage of the locality and enjoys the status as that of Puri, Kendrapada, Baripada and Keonjhar Ratha Yatra across the state so the Posco controversy could no way deter people from following the religious traditions and customs, they added.
Sources added that on the ceremonial procession held on Wednesday and during sweeping of chariot conducted by Minister Damodar Rout very few anti people were present but when pulling of chariot was held on Thursday afternoon their numbers were increased, sources said.
One anti Posco leader Chita Swain quipped that originally residents are thronged pulling of chariot and usually skip to attend the ceremonial procession and sweeping of chariot are held on Rath Yatra day, he added.
The civil administration and police ensured adequate arrangements as a result of which the festival passed off peaceful, informed police.