President Kovind to Reach Odisha in the Late Afternoon 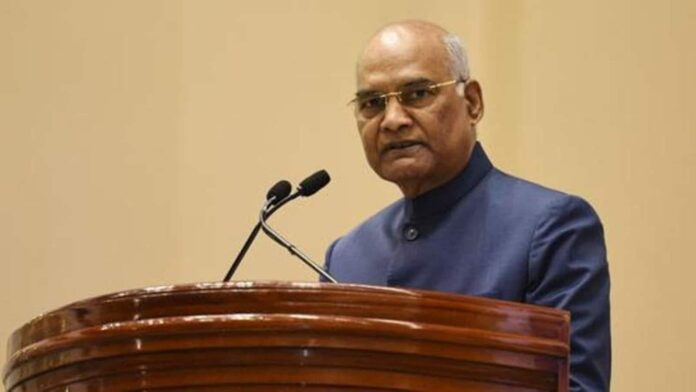 President Ram Nath Kovind will arrive in Odisha today, for a two-day visit. His flight will land at the Biju Patnaik International Airport in Bhubaneswar at around 2.45 PM.

Governor Prof. Ganeshi Lal and Chief Minister Naveen Patnaik will receive the President at the airport, after which the President will head to Puri to pay obeisances to Lord Jagannath at the Srimandir.

Srimandir will remain closed for public darshan for two hours from 4 PM to 6 PM, during the time of the President’s visit. President Kovind will spend the night at Puri Raj Bhawan.

On Sunday, President Kovind will inaugurate the celebration program of the 150th birth anniversary of Srimad Bhakti Sidhant Saraswati Goswami Prabhupada, the founder of the Goudiya Mission. He is also scheduled to visit Sri Chaitanya Goudiya Mutt before leaving the pilgrim town.

Security has been tightened in and around Puri. Nearly 40 platoons of the police force and 200 officials will be deployed for the security of the President.