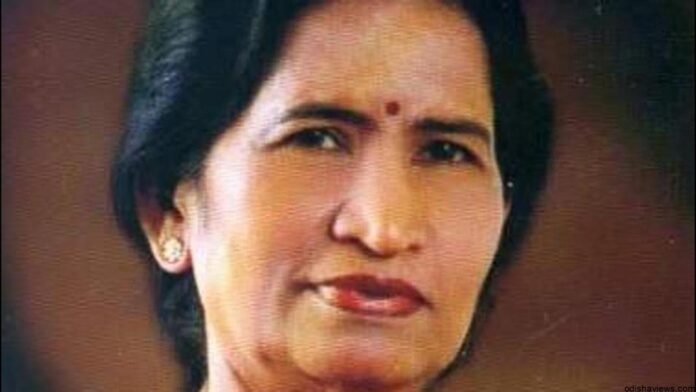 Leading Odia novelist and story writer Padmashri Pratibha Ray was selected for the Jnanpith Award, for the year 2011 for her excellent contributions to the field of Indian literature. Dr Ray is the fourth Odia writer to receive the Jnanpith Award after novelist Gopinath Mohanty in 1973, poet Sachidananda Routray in 1986 and Sitakant Mohapatra in 1993. The award carries a cash prize of `7 lakh, a citation and a bronze replica of Goddess Saraswati. After a gap of 19 years, Odia literature got this award.

She has active interest in social reform and has fought against social injustice on many occasions. One important incident in her life is protesting against colour (Caste/ religion) discrimination by the high priests of Jagannath Temple at Puri. Now she is fighting a defamation case lodged by the priests against her for her newspaper article in which she wrote against the undesirable behaviour of the priests, titled “The Colour of Religion is Black” (Dharmara Ranga Kala). She works tirelessly in the cyclone-affected areas after the Orissa’s Super Cyclone of October,1999 and she is working for rehabilitation of the orphans and widows of Cyclone affected areas.

Pratibha Ray is an Indian academic and writer. She was born on 21 January 1943, at Alabol, a remote village in the Balikuda area of Jagatsinghpur district formerly part of Cuttack district of Orissa state. She was the first woman to win the Moortidevi Award in 1991. She is an eminent fiction writer in contemporary India. She writes novels and short stories in her mother tongue Oriya. Her first novel Barsha Basanta Baishakha (1974) proved itself as a best seller for its readability among rural female half literate readers. She attributed the boldness, the revolt and humanism in her literature, to the impact of Vaishnavism, her family religion, which preaches no caste, no class, and also due to the influence of her Gandhian teacher-father, Parashuram Das.