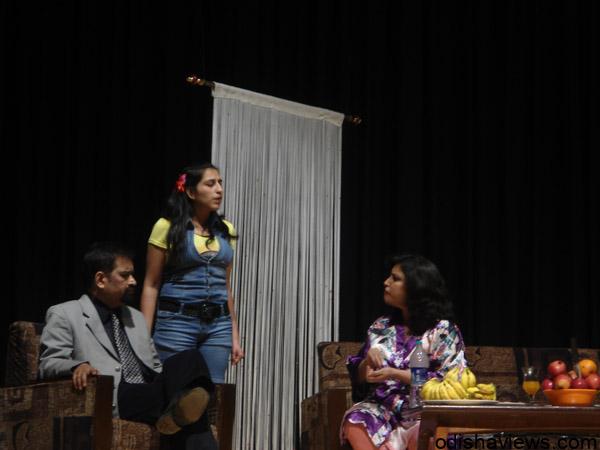 JAGATSINGHPUR : The fifth day at Canfest 2013, the National Theatre Festival was marked by an enchanting drama by Trikarshi, a national award winning theatre group from Bhopal. The Hindi play, titled ‘Bhook Aag hai’ left the audience spellbound with powerful performances and a thought-provoking storyline.
The 80 minute play has been written by K.B. Vaidya and designed and directed by K.G. Trivedi. It was presented by 7 professional theatre artistes. Mr. Trivedi, who is also the winner of Bhilwada National Drama award, expressed great joy at being part of the festival and hoped
that the audience at Odisha would appreciate the production. “ This play is meant for the masses. We are attempting to present it in a way where the common man can relate to the theme and identify with the characters in the play,” he said.

The guest of honour on the occasion was Shri A.K Jain, Chief Engineer, Paradip Port Trust and eminent Hindi poet from Bhopal , Shri Purnachandra Rath. Mr. Rath thanked everyone who was part of Canmass for inspiring the people and generating awareness through the medium of theatre. The play, set up in a contemporary world, begins with a girl belonging to a rich family who has to write an essay on ‘hunger’. But her well-off parents fail to define it for her, and bring home some beggers to describe the meaning of hunger. Thus begins a journey into a complex society, driven by hunger of all kinds, like status, money, position, lust and so on. It brings in sensitive issues of class, religion and gender, through satire and tones of laughter. 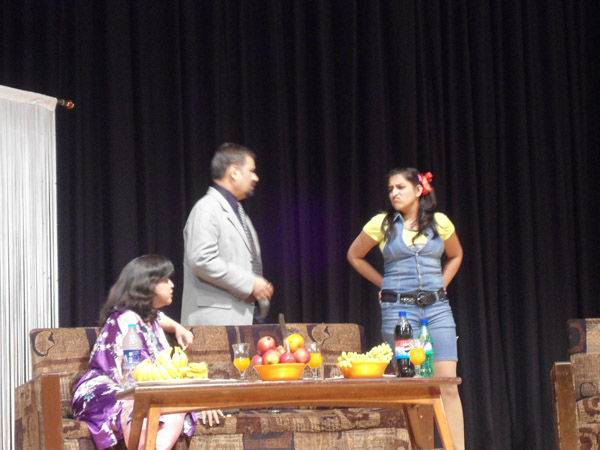