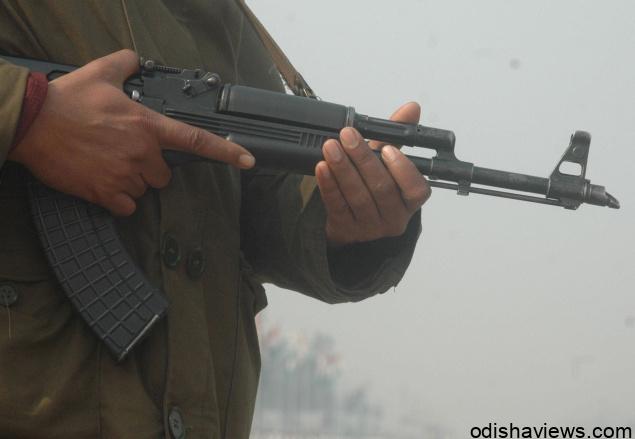 JAGAATSINGHPUR  Feb 25.   A dread criminal Pratap Swain alias Dhuna hailing from Bisipitala village 6 km away from here killed in police encounter on Sunday late night, besides one person was critically injured now undergoing treatment at SCB Medical College and Hospital Cuttack and police picked up 5 persons involved in the incident.

Report said that on Sunday evening one Rutu Priya Swain an adolescent from Bisipital village had admitted in headquarters hospital here following bullet injuries, the attending doctor immediately called local cops about the victim patient, police reached hospital and collected information that the victim girl had received bullet injuries following attack of Dhuna as consequence a police team rushed to the village at night for searching the alleged accused.

As police took prompt measure arresting the culprit reached village around 11 PM where found Dhuna and his few associates were acting upon a feast, on arrival of police few of them ran from the spot but Dhuna opened fire on cops on retaliation police too started firing on self defense, two of the bullets hit him on the left leg and thigh as result Dhuna fell down and his one associate sustained bullet injuries , police immediately brought them to headquarters hospital for treatment where doctor declared Dhuna was brought dead and admitted the other injured for treatment .

meanwhile police have arrested 5 persons including the injured, a case has been registered at Jagatsinghpur police station after conducting deceased’s dead body postmortem and efforts are on to ascertain the reason why the girl came under attack of bullet injuries and after its subsequent development, meanwhile we are questioning few villagers from both victim and deceased families to unearth the reason of the incident, however deceased Dhuna is involved in several criminal incidents and a half dozen of  cases are pending against him different police stations,  police said. [Ends]

JAGATSINGHPUR  Feb 25.  A worrying trend was emerged in collector office here on Monday after knowing that one of staff was working in record room passed away following cardiac arrest in his native village Echhapur under Balikuda on Monday wee hour. The deceased staff had identified as Arun Kumar Das [50] working as a senior Amin in collector record room here. He was ailing past few months and under medical supervision. Collector office staff association and officers association have expressed condolences over the untimely death of the Amin Arun Dash, few collector employees had visited the deceased village for paying last tribute where his last rites were performed . [Ends]