SON OF THE SOIL 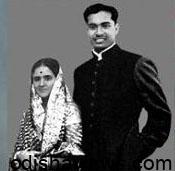 Carved in the heart a gigantic name
Who was worthy of the highest acclaim.
Known by all as Kalinga Keshari
A great statesman of twentieth century.
Working with J.P. neck to neck
Son of the soil- Biju Patnaik.
Fiscal, Social. Diplomatical:
True successor of Jawaharlal
A legendary man of the Odisha-soil
Deliberately brought into turmoil.
Kashmir tangle after independence
Triggered the country our enemy-eminence.
Roads to Srinagar sounded hoofs
The valley was seized by hostile troops.
Feared the citizens, spread the chaos
Fuelled the flame from Kargil to Drass.
None but Biju coud undertake flight
Hazardous delivery of gun-height.
Dropped the arms for Indian troops
Ousted enemy from Kashmir-roofs.
But the country had turned to spectator-mute
Could not afford a true tribute.
Felt by many as national trauma
The highest award was turned to drama.
The illegal awardee- a film actor
The former Tamilnadu chief minister.
But the man who risked to fly first plane
He was deprived of the acclaim !
The Ratna of Bharat is too small
To accolade Biju babu – so colossal.
Portrayed in the villa, country to city
Tributed all for the noblest duty. 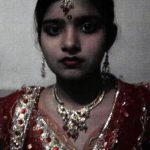 Leaders are many, but you were one
Valour and adventure coalesced into one…..