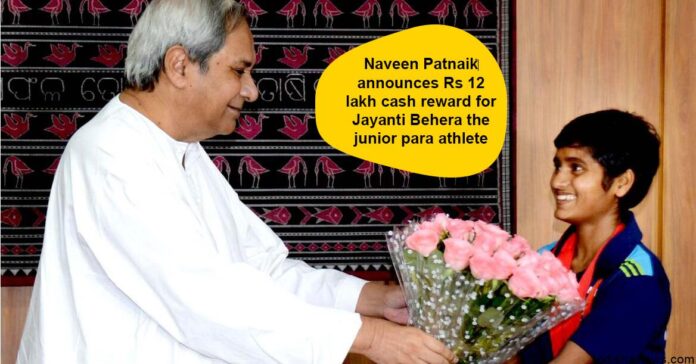 Glad to announce ₹12 lakh prize for @ParaAthletics gold & silver medalist Jayanti Behera for her stupendous feat. She has made #Odisha proud pic.twitter.com/yx2a7MQN7c

On August 29, he will be welcomed to give respect to the state at the four-day function, on the occasion of the National Sports Day which was concluded on August 6.