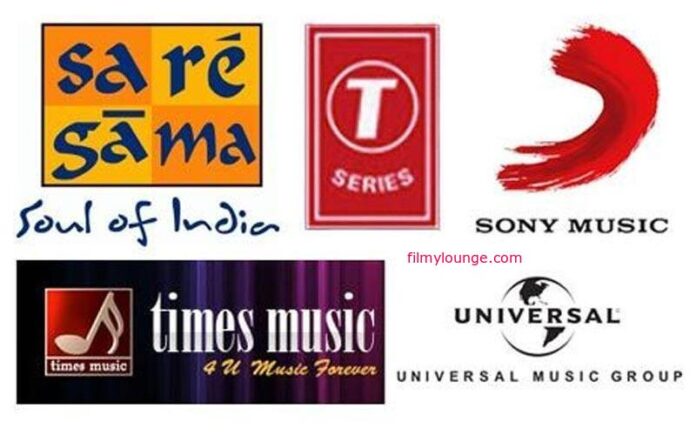 Everyone loves to listen to music in India. But most of them know very little about the companies behind that music. In India, there are many music companies. Some companies are very new and some of them are 100 years old.

With the rapid development in technology music companies now use CDs, DVDs, Blu-ray discs, and online streaming services to offer their services.

T-Series is the largest music company in India. It is founded by Gulshan Kumar, it is the label of Super Cassettes Industries Limited. It is now run by his son Bhushan Kumar. T Series also has a youtube channel and it has 209M subscribers.

Saregama is India’s oldest music label owned by the RP- Sanjiv Goenka Group of companies. It was founded in 1946 as The Gramophone Company Of India Ltd. Saregama is also listed on the NSE and the BSE. It produces movies under its subsidiary company Yoodlee Films. It also retails Portable Music Player called Carvaan.

Tips Industries Limited is a Mumbai-based Indian music label company founded by Kumar S. Taurani and Ramesh S. Taurani in 1975. It has more than 1,000 wholesalers and 400,000 retailers across India. It also does film production, film promotion, and film distribution.

Times Music is also a Mumbai-based Indian record label and music company. It is a division of The Times Group and started operations in 1998. Times group produces Bollywood, regional, and folk albums such as Telugu, Punjabi, Bengali, Gujarati, Assamese, and Kannada.

Ishtar Music is an Indian music record label company founded by Ganesh Jain and Ratan Jain as Venus Music in 1988. It was acquired by Paris-based Distribution and services company Believe in 2019 and rebranded as Ishtar.