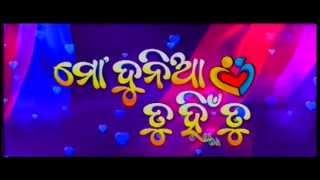 Soumya Ranjan Pattanayak produced new Odia Movie “Mo Duniya Tu Hi Tu” will be release on 11th January. The director of the movie is Sudhakar Basant. After a long gap Sidhant Mohapatra, Anubhav Mohanty and Barsha Priyadarsini are working in a movie together. Malay Mishra is the music director also returing after some years gap as music composer.The film is produced under Manjari Movies and Eastern Media Entertainment Division.

Anubhav and Barsha Before came together in first movie of Manjari Movies “Kiese Dakuchi Kouthi Mote”. Fans are eagerly waiting for release of this film. Basant Raj Samal has been writin the script while the music is being scored by Malay Mishra. Everyone also expecting the voice of Ira Mohanty in this cinema.