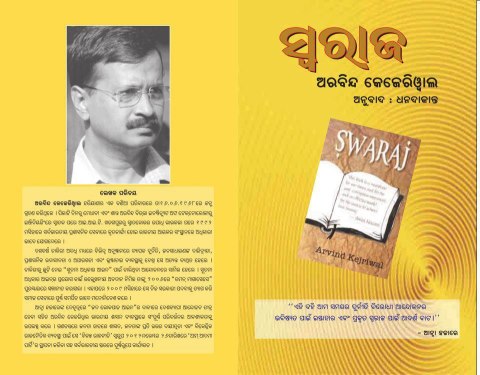 The state level convention and launch of Aam Aadmi Party – Odisha unit will be held on 16th & 17th March, 2013. This will be first state level public meeting by Aam Aadmi Party, Odisha, where party’s national executive members like Yogendra Yadav, Prof. Anand Kumar will be present on the occasion.

Commenting on this historic event, Aam Aadmi Party, State Co-ordinator Mr Nishikant Mohapatra said, ”In two days of state convention,16th will be the public meeting and 17th will be the declaration of the state committee. We are expecting around 3000 volunteer and supporter to participate on the occasion. Party has received an excellent response from people around the state. So far we have strengthened our position in 25 districts out of which in 20 district committee have been formed.”

He said “Our party’s main agenda include Janlokpal, Right to Recall, Right to Reject, Right to Justice and Swaraj. Whereas party is also working on various other local issues and few of our district committees have started picking issues locally.”

Recently party had organized its state level preparatory meeting where 25 districts out of 30 have participated and shared the progress & development done in respective areas. 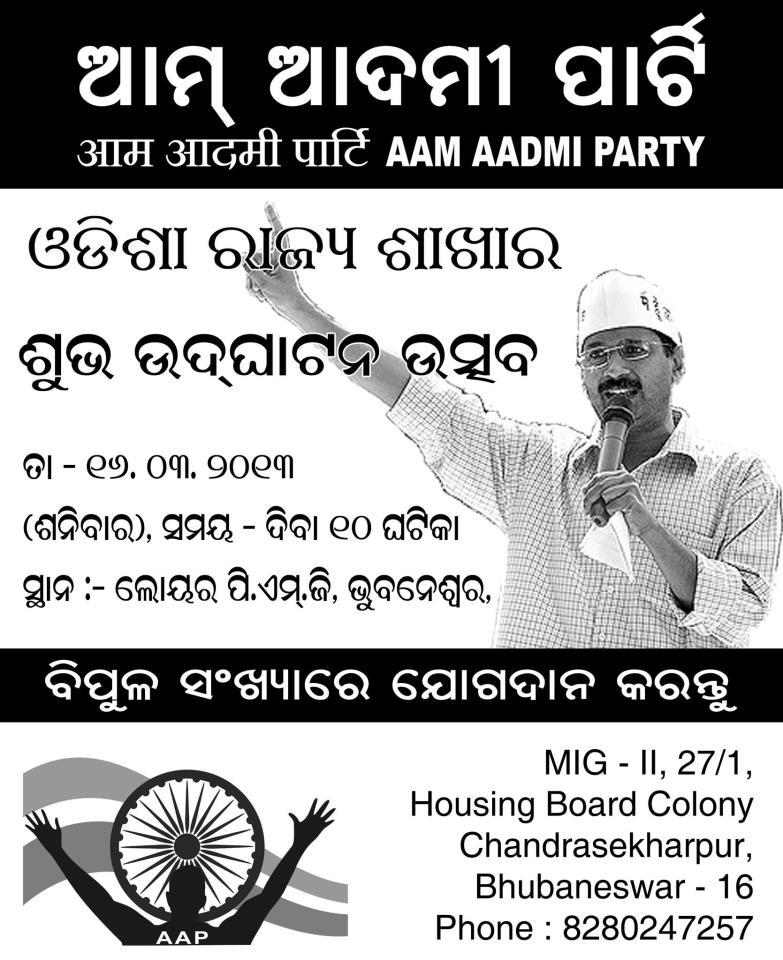 Aam Aadmi Party was formed on 26th November, 2012 at Constitution club in the presence of 300 founder members which adopted the party constitution. There was a meeting of over 30000 people on the next day at Parliament street where the party was formally launched. There are five levels present in party structure – National, State, District, Block & Primary. The party has some unique characteristics such as 50% party posts to be held by women, no two persons from same family to be given party positions or tickets, all donations and expenses to be published online and provision of internal lokpals for grievance redressal.