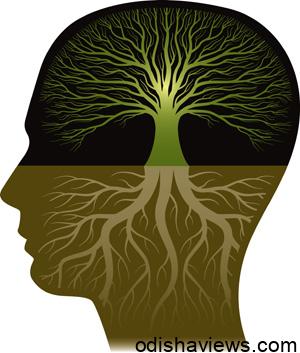 When Darwin propounded his theory of “struggle for existence” and ‘survival of the fittest” in the mid 19th century, he had scientifically proved that homo-sapiens are the most superior of all animals. And it was not only due to some special physical attributes of human beings but primarily due to their immense capacity to adjust, to devise means of fighting and controlling ‘nature’, the formidable destroyer and keeper of the living beings and thus emerging as the best.

Yes, it was the victory of the brain over brawn, the power of speech, memory, reason etc. All helped the human beings reach great heights from where they command and  control all other animals, having tamed even physically far superior animals like elephants and horses, and controlling the forces of nature to a large extent.

The culture, civilization, thought, science and technology and knowledge are the main powerful weapons. But the power of knowledge is still greater. He is, however, a thinking animal. Knowledge directs his actions and enables him to find the difference between right and wrong, good and bad. It helps him overcome his weakness and faults and face dangers and difficulties with courage and confidence. It gives him mental, moral and spiritual advancement. Besides this, it is through knowledge that man has gained mastery over nature.

All the modern technology which has made certain nations so powerful economically and militarily is all based on knowledge. In countries like the USA research in all fields of science is done on regular basis and that is one of the underlying secrets of her success and matchlessness and invulnerability as a nation in the world, at least not to the extent of a crippling effect.

India has also done great research in certain fields, as for instance, in the fields of information technology and telecommunications and she is now reaping rich harvest for this. So, in a nutshell we shall have to agree to what Bacon said four centuries ago that knowledge is power.

Physically, man is a comparatively weak animal. He can­not naturally run like the horse, nor fly like the birds. He is no match in strength for the elephant, the lion or the bear. He has no natural weapons of defense like the tiger’s fangs and claws. Yet he conquers all these strong and fierce beasts, and forces some of them to be his servants. It is his superior knowledge and intelligence that makes him the master of creature’s superior to him in physical strength.

Knowledge must be acquired and shared as a collective effort. Lack of knowledge leads to poverty and absence of economic prosperity. Knowledge should be utilized for the upliftment of the poor masses. It should be used for peace, prosperity and growth.

In the third phase, the announcement of Mark cut off in the list for entry to junior colleges in Odisha was announced today.The third...
Read more
Career

GOOGLE DEVELOPER GROUP (GDG) Bhubaneswar is an attempt to bring together all the developers, enthusiast and Google lovers where they can meet,talk, share ideas...
Read more