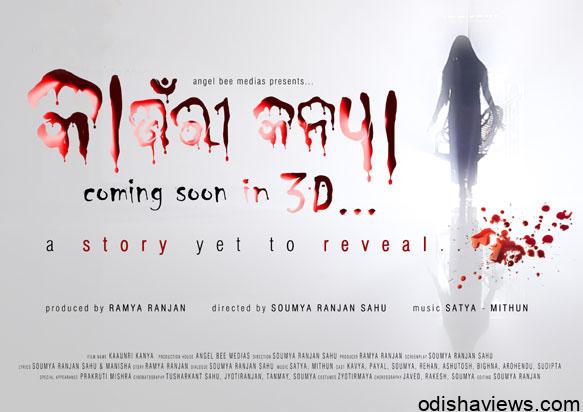 Producer Ramya Ranjan is coming with a unique 3D Horror Odia film (Kaaunri Kanya), 1st it kind of movie in odia language. The director of the film is Soumya Ranjan Sahu. All characters of this movie around 25 age. Other uniqueness of the movie are 1st odia 3D Horror movie, First 3D underwater scene. Hope this movie will do a good business in ollywood market.
This story revolves around Riya and her Doctor husband Akash who is transferred to a rural location. Some unnatural events start occurring in their daily lives and making Riya the most affected of it and getting possessed. With the help of Dr.Rajiv, a senior psychiatrist, Akash discovers a reason behind the occurrences and comes to know about a village boy Ravi & his love interest Anusuya who was killed by the villagers blaming her of witchcraft. This film takes you forward with events that led to her killing and how Akash overcomes the possession of Riya.