Inflation declines to 6.87% in July – Finally Government got a magic stick 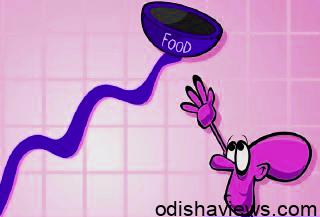 It’s surprising Inflection numbers has come down to 6.87%. Seems govt has used magic stick, which in general our PM used to mention all the time, he does not have a magic stick. It’s just a number game and well manipulated – hats off. With sugar prices from 34 to 44, wheat & atta prices soaring. Every day pulse prices high, rice prices soaring, edible oil prices and list goes on and on. All this mess up is manmade and specifically UPA govt and their so called policy are responsible. Let’s have a look what Govt and RBI have been doing in the name of Inflection control.

What all are the drivers of Inflation? There are five main drivers of inflation like the supply side constraints, the interest rates, the unearned money, government actions and the international commodity prices.

As far as Interest rates are concerned, there is a short term and a long term impact that interest rates have on inflation. In the short term, increase in interest rate makes money supply costly and more money flows towards bank fixed deposits and treasury bonds. This reduces supply of money for buying goods and services. This is the logic for fiscal measures to tame inflation. However, the impact is only for a short period. Demand for major items of consumption in India is less elastic than in developed countries. Soon people start buying and the impact is short-lived. The long term impact is that higher interest rates increase the cost of production due to the burden of high interest rates. High interest rates also make the investment in modernization of plants non-viable. They also make creation of new capacity difficult to justify. These three factors put together contribute to higher cost of production (current IIP data shows how bad interest rate hike impacted). As investments for modernization get discouraged, companies continue with their outdated, inefficient plants. This keeps Indian companies uncompetitive and makes them produce inferior goods, at a high cost. This makes them marginal players in the international market. When the short term policy of fiscal tightening becomes a long term policy, there are major problems. But even with the repeated hikes in interest rates, inflation continues.

As far as Unearned money is concerned, the money available in the hands of people who have not put legitimate efforts to earn it. The bribes and cuts received, payments received on false bills, emptying the treasury by falsification of records and scams, money earned in a parallel economy, et all come in this category. In our economy, unearned money is a major driver for inflation. Take an example of our Government’s five year plan – A big chunk of this becomes unearned money in the hands of influential people. Also fake currency is another aspect, which comes from neighboring Pakistan or is printed in the country – ads to the pool of unearned money.

As far as government actions are concerned, government’s non-plan expenditure is continuously raising due to its populist schemes like providing rice at 2-3/kg to BPL families, of giving free or subsidized power to farmers, of giving subsidized fertilizers to farmers and of waiving off the bank debts of farmers, et al. These schemes result in an additional burden on government finance, resulting in a fiscal deficit, which has to be bridged by printing notes or treasury bonds. When this money pumped in the system becomes a driver for inflation.