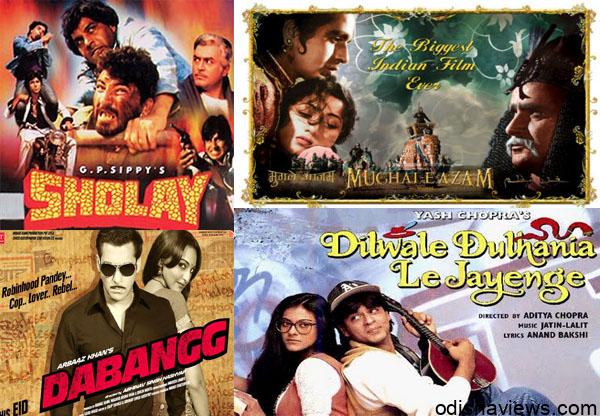 Cinema is the cheapest and best mode of mass communication in India. It is al so the biggest medium of entertainment . Cinema touches all lives and that three hours people forget their cares, worries and tensions stay glued to the silver screen as the film unfolds and gradually reaches the climax. Even satellite channels and doordarshan show films to generate revenue through advertising during commercial breaks. Film take viewers from the real world to the reel world of Fantasy.
The Indian film industry one of the largest industry of the world. It officially came in to being on May 15,1912 Pundalik, which was half British. The film was made by N.G chitra R.G Tourney. However the credit for the first Indian production goes to Dhundiraj Govind palkhe, better known as Dada saheb palkhe who made the silent film Raja Harish Chandra in 1913. Which is was dada saheb palkhe is known as Bengal saw the birth of its first feature film ‘Satyabadi Raja Harish Chandra ‘ and in 1919 south Indian cinema took root in Madras with ‘keechak vadham’. The talkie era of Indian cinema began when Ardhesir Irani made ‘Alam ara, released on March 14,1931.In same year talkie films were made in Bengal and south India. The early1930 was some a decade of social protest in Indian cinema . the 1940 was some memorable film like ‘Pukar’ of sohrab modi and ‘Kalpana ‘of Uday sankar the dance maestro. Along with these there were mythological like Bharat Milap and Ram Rajya.

In 1990 brought a touch of sophistication to film making and withnessed a new new phenomenon the ‘marketing’of movies. During the period dubbed version of Hollywood movies went down well with Indian audiances. Shekhar kapoor become first Indian to direct an English film ‘Elizabeth’ and a turning point for Indian cinema came when the film world was accorded the status of industry by the govt of India. India cinema has under gone a complete metamorphosis with all the gloss and sizzling bodies . Unfortunately the ‘soul’ of Indian cinema is Missing