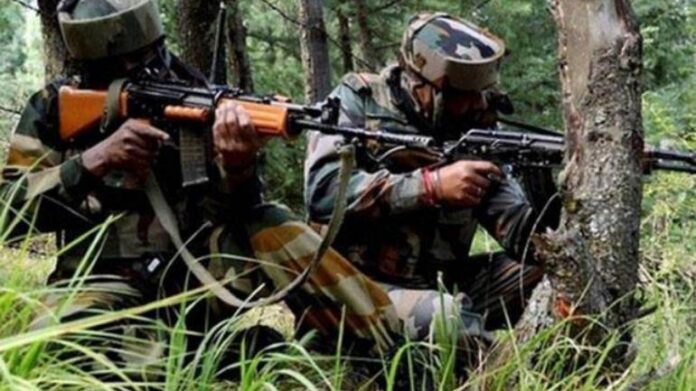 Two soldiers of the Indian Army were martyred and a terrorist was killed in an encounter in Jammu and Kashmir’s Shopian district on Saturday, the police said.

Earlier in the day, a joint team of the police, CRPF, and the army cordoned off the Chermarg Zainapora area and launched a search operation on the basis of specific information about the presence of terrorists in the area.

As security forces zeroed in on the spot where terrorists were hiding, they came under a heavy volume of fire that triggered the encounter.

Two soldiers of 1 RR battalion sustained gunshot wounds and were moved to the hospital where they breathed their last.

The identity of the killed terrorist has not been ascertained so far.