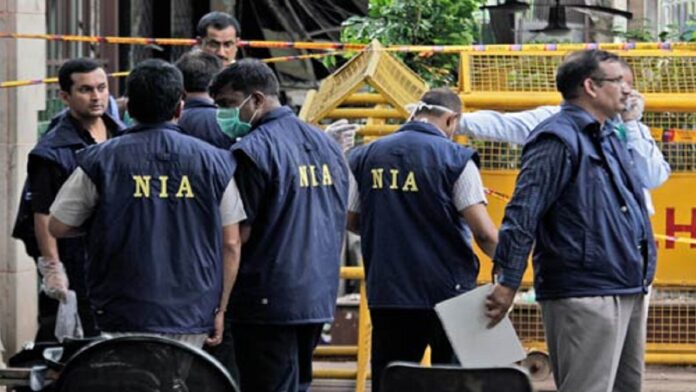 The National Investigation Agency (NIA) has filed a charge sheet against six alleged Khalistani terrorists including one Pakistani in connection with Punjab’s Jalalabad bomb blast case before the NIA Special Court in SAS Nagar, Punjab.

A bomb explosion in Jalalabad town of Fazilka district of Punjab on September 15, 2021, had killed one person.

The case was initially lodged with the Punjab Police and the probe later taken over by the NIA.

The NIA uncovered that Pakistan based designated terrorist Lakhbir Singh Rode, self-styled chief of the International Sikh Youth Federation (ISYF) and his associates were behind the blast.

The accused had allegedly hatched a conspiracy to cause multiple explosions at crowded places in Punjab to effect large scale casualties and strike terror in the hearts of people.

“On the directions of Rode, another Pakistan based narco-terror operative Habib Khan alias Doctor had radicalised and recruited Balwinder Singh and Sukhwinder Singh and motivated them to plant bombs using pre-assembled Improvised Explosive Devices (tiffin bombs) smuggled along with heroin from across the border. In furtherance of their plan, 8 pre-assembled tiffin bombs (along with training material) were received by Binder Singh (also recruited by Habib Khan) and Sukhwinder Singh along with a large quantity of heroin and money, sent to fund their terror activities. Prior to the bomb explosion that occurred in Jalalabad, this terrorist gang had also set ablaze a car as well as a few shops in Ferozpur city,” the NIA mentioned in the chargesheet.

Binder Singh and Sukhwinder Singh had conducted a reconnaissance of a crowded market in Jalalabad town for carrying out the explosion. While Binder Singh was trying to retrieve the motorcycle along with the planted tiffin bomb, as it had not exploded at the designated time, he was killed on the spot due to the delayed explosion.