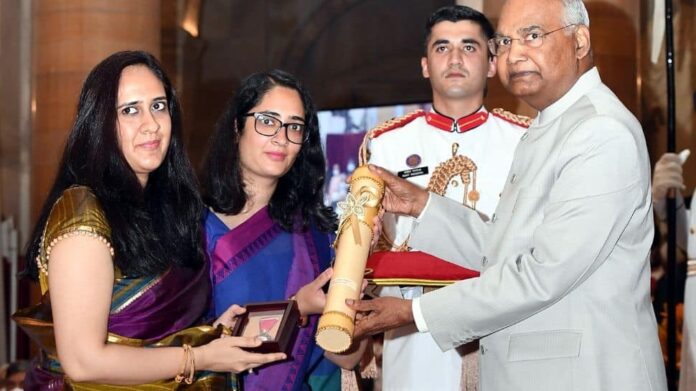 President Ram Nath Kovind on Tuesday presented the Padma Awards at a civil investiture ceremony at Rashtrapati Bhavan on Monday.

The Vice President, Prime Minister, and Union Minister for Home Affairs were present on the occasion, a communique from the Rashtrapati Bhavan said.

Other awardees would be felicitated in a similar ceremony to be held next Monday.