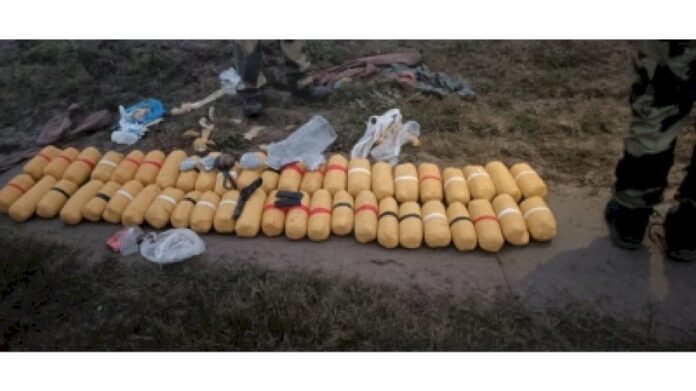 The Border Security Force (BSF) has recovered and confiscated two bottles of contraband suspected to be heroin along with a Chinese-made pistol, two magazines, and 26 live rounds, force officials said on Wednesday.

BSF troops were carrying out a search operation and area domination in the Ferozepur sector when they recovered contraband suspected to be heroin weighing around 3.950 kg along with arms and ammunition.

Punjab is witnessing a surge in smuggling of contraband, arms and ammunition in view of the Punjab Assembly elections scheduled on February 20. Authorities have also reported infiltration attempts being made along the Punjab border.

On February 2, BSF troopers shot at a Pakistani intruder who crossed the International Border and entered Indian territory near the border outpost in the Ferozepur sector.

On January 20, the BSF foiled an attempt to smuggle contraband in a flying object coming from Pakistan in Punjab’s Amritsar sector and seized heroin weighing over 7 kg.

On January 28, the BSF had recovered and confiscated arms and narcotics, smuggled from Pakistan, in Gurdaspur sector in Punjab.