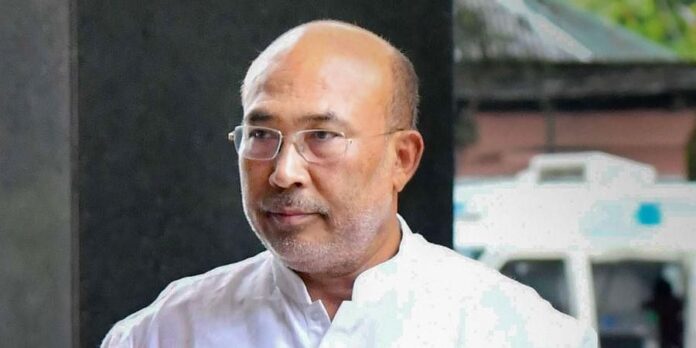 Nongthombam Biren Singh was on Monday sworn-in as the Chief Minister of Manipur for the second consecutive term. This comes a day after he was named as the leader of the newly-elected BJP legislators in the state.

Singh was administered the oath of office by Governor La Ganesan at a ceremony at the Raj Bhavan in Imphal.

Five newly-elected MLAs of the BJP and its ally Naga People’s Front (NPF) were also sworn-in.

Former Minister Nemcha Kipgen is the only woman minister in the Biren Singh council of ministry. The council of ministry will be expanded later as the berths of six ministers are vacant. BJP President J.P. Nadda, Assam Chief Minister Himanta Biswa Sarma, his Tripura counterpart Biplab Kumar Deb and other dignitaries were present at the swearing-in-ceremony.

The BJP has secured a thin majority of 32 MLAs in the 60-member Assembly.

A former footballer-turned-journalist-turned-politician, Singh, 61, a former Congress leader, joined the BJP in October 2016, and in the February-March assembly elections, won from his traditional Heingang constituency for the record 5th time.