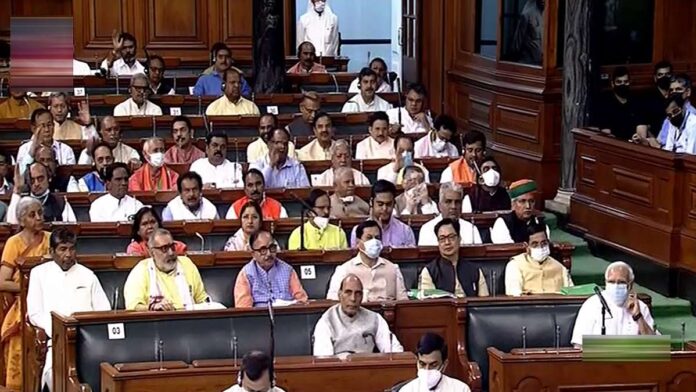 The Lok Sabha has passed the Demands for Grants and Appropriation Bill 2022 by a voice vote on Thursday.

The bill will empower the government to withdraw money from the Consolidated Fund of India for its work.

The bill was introduced by Finance Minister Nirmala Sitharaman and was passed after cut motions moved by various opposition members were rejected.

Earlier, the Lok Sabha had passed the Demand for Grants for the Ministry of Ports, Shipping, and Waterways after Minister Sarbananda Sonowal said that the immense potential of waterways in India has only been truly realized in the last seven years.

“The infrastructure created due to Maritime India Vision 2030 and Sagarmala, under the guidance of the Prime Minister, has led to huge gains in the EXIM and domestic trade of India, 95 percent of which is done via the maritime sector,” he said, adding that all states will benefit hugely with port-led industrialization, connectivity, infrastructure, fishing harbors, tourism, and coastal community development.