5 BSF Jawan Lose Their Lives in Shooting by Fellow Trooper 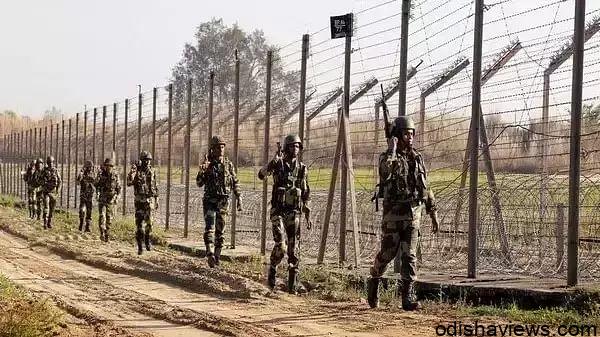 In a shocking and tragic incident, five Border Security Force (BSF) personnel lost their lives on Sunday after one of them opened fire indiscriminately at his colleagues from his service weapon at the paramilitary camp checkpoint near Amritsar in Punjab.

Constable Satteppa SK allegedly fired at five of his colleagues before shooting himself too.

The incident was reported at the barracks of the 114 Battalion in Khasa, some 20 km from the Attari-Wagah border.

Meanwhile, one trooper was critically wounded in the firing and is undergoing treatment at Guru Nanak Dev Hospital in Amritsar.

The deceased were identified as Rattan Singh of Jammu and Kashmir, Baljinder Kumar of Panipat in Haryana, Toraskar DS from Maharastra, and Ram Binod from Bihar, all head constables.

Preliminary investigations revealed that Sateppa shot his colleagues as he was upset with his long duty hours and he had an argument with a senior BSF officer a day earlier.

A court of inquiry will investigate the incident.