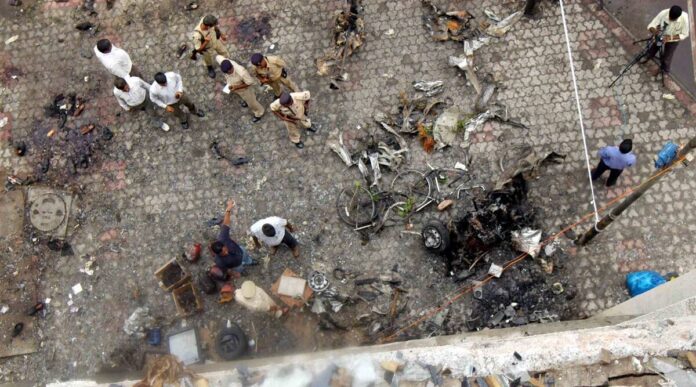 According to lawyers, this is the highest number of convicts to be sentenced to death in a single case in India’s legal history.

Apart from the aforementioned provisions, all 49 convicted were also sentenced to life imprisonment under four provisions of the law — UAPA Section 20, Explosive Substances Act section 3, and IPC sections 124 A (sedition), 121 A (waging war against the state). All the sentences shall be running concurrently.

One of the convicted, Mohammad Usman Agarbattiwala from Vadodara, who was the only one found guilty under the Arms Act’s Section 25(1)(B)(a), was awarded a year of imprisonment under the said provision.

As many as 22 bombs had gone off in Ahmedabad on July 26, 2008, at various spots, including the state government-run civil hospital, Ahmedabad Municipal Corporation-run LG Hospital, on buses, parked bicycles, in cars, and other places killing 56 persons and leaving 200 injured. Of the total 24 bombs, one each at Kalol and Naroda did not go off.

The explosions were allegedly carried out by the Indian Mujahideen, believed to be a regrouping of the banned organization, SIMI.