He refused to apologize, or even file an appeal 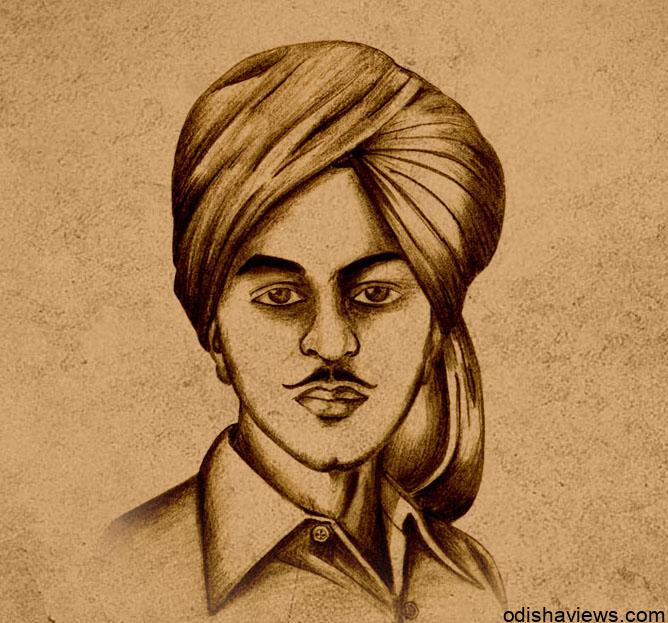 [dropcap]B[/dropcap]hagat Singh was an Indian nationalist considered to be one of the most influential revolutionaries of the Indian independence movement. He is often referred to as Shaheed Bhagat Singh, the word Shaheed meaning “martyr” in a number of Indian languages.Born into a Sandhu Jat Sikh family which had earlier been involved in revolutionary activities against the British Raj, as a teenager Singh studied European revolutionary movements and was attracted to anarchist and marxist ideologies. He became involved in numerous revolutionary organizations, and quickly rose through the ranks of the Hindustan Republican Association (HRA) to become one of its main leaders, eventually changing its name to the Hindustan Socialist Republican Association (HSRA) in 1928.

Seeking revenge for the death of Lala Lajpat Rai at the hands of the police, Singh was involved in the assassination of British police officer John Saunders. He eluded efforts by the police to capture him. Together with Batukeshwar Dutt, he undertook a successful effort to throw two bombs and leaflets inside the Central Legislative Assembly while shouting slogans of Inquilab Zindabad. Subsequently they volunteered to surrender and be arrested. Held on this charge, he gained widespread national support when he underwent a 116 day fast in jail, demanding equal rights for British and Indian political prisoners.[9] During this time, sufficient evidence was brought against him for a conviction in the Saunders case, after trial by a Special Tribunal and appeal at the Privy Council in England. He was convicted and subsequently hanged for his participation in the murder, aged 23. His legacy prompted youth in India to begin fighting for Indian independence and he continues to be a youth idol in modern India, as well as the inspiration for several films.He is commemorated with a large bronze statue in the Parliament of India, as well as a range of other memorials.

In the 29 March 1931 issue of Young India, Gandhi wrote:
“Bhagat Singh and his two associates have been hanged. The Congress made many attempts to save their lives and the Government entertained many hopes of it, but all has been in a vain.
Bhagat Singh did not wish to live. He refused to apologize, or even file an appeal. Bhagat Singh was not a devotee of non-violence, but he did not subscribe to the religion of violence. He took to violence due to helplessness and to defend his homeland. In his last letter, Bhagat Singh wrote, ” I have been arrested while waging a war. For me there can be no gallows. Put me into the mouth of a cannon and blow me off.” These heroes had conquered the fear of death. Let us bow to them a thousand times for their heroism.
But we should not imitate their act. In our land of millions of destitute and crippled people, if we take to the practice of seeking justice through murder, there will be a terrifying situation. Our poor people will become victims of our atrocities. By making a dharma of violence, we shall be reaping the fruit of our own actions.
Hence, though we praise the courage of these brave men, we should never countenance their activities. Our dharma is to swallow our anger, abide by the discipline of non-violence and carry out our duty.”