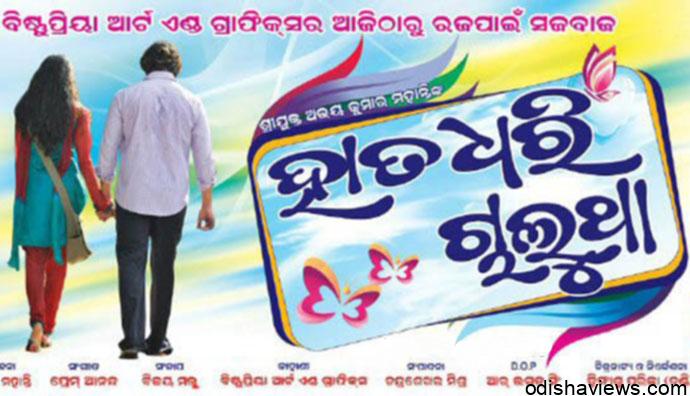 Anubhav& beauty queen Barsha Priyadarshini upcoming oriya movie Haata Dhari Chalutha its full of love story.directed by Chandi Parija & produce by super star Anubhav mohanty & his brother Anuprash Mohanty . Previously the movie had an english title “Made for each other”, but now the title of the movie has changed to Haata dhari chaluthaa. We have already seen Chandi Parija’s contribution in the past with a lot of Super hits in Ollywood. And this is the third film of Bisnupriya Arts and Graphics – Anubhavs own Production House. Unlike other directors Chandi Parija has no plans to shoot the Film out of Odisha. This time his movie wont have an item song. The Cast also includes Debu Bose, Bijay Mohanty, Maheswata, Kuna Tripathy, Jaya Runu, and Pinky. Chandi Parija has got a beautiful script for this movie. In this film Prem Anand compose the music of Haata Dhari Chalutha & lyrics by Basant Raj Samal , Arun mantri and Bijay Malla.In this film Udit Narayan &Ira mohanty gives some hit song & Choreography by Sudhakar basant. Haata dhari chalutha oriya movie is expected to release in Raja 2013.