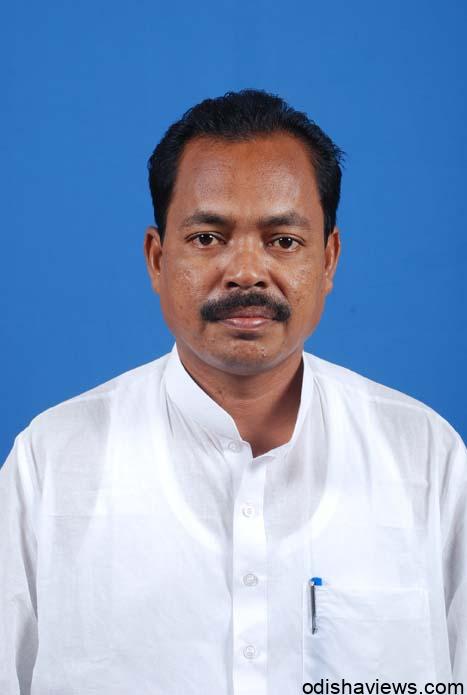 JAGATSINGHPUR Aug 08. Tirtol MLA Rabindra Bhoi who has been landed in trouble concealing educational qualification by an affidavit in his nomination papers received a jolt on Thursday, when the congress nominee Raj Kishor Behera who lost elections against Bhoi lodged an FIR at Jagatsinghpur police station demanding legal action against MLA Bhoi under IPC and other provisions of the law.

However police confirmed similar type of FIR had been received from Laxmi Narayan Samantray, president Jagatsinghpur block congress committee against senior legislator Bishnu Das stating that during filing of nomination papers MLA Das has given a false affidavit disclosing his and his spouse property, allegedly he has ignored giving correct property list of his wife Sanjukta Das, on verification it found that MLA’s wife Sanjukta owns a piece of land in Mouza Mukundapur on the Jagatsinghpur outskirts , incidentally MLA Das has ignored giving details of the said land in his affidavit, so legal action under IPC provisions need to be taken against MLA Das , the FIR alleged.

Police after receiving both the FIRs against two MLAs have started preliminary investigation, after gathering cogent proofs and substantiation documents lawful action would be taken for registering cases against them, informed IIC Jagatsinghpur police station Sanjeev Mohanty.

The incident has given a major twist to the false affidavit rows against both the MLAs ranging in state past one week. Report said that earlier the congress defeated candidate in Tirtol assembly constituency Raj Kishor Behera had posted a letter to Election Commission of India and State election commission stating BJD candidate MLA Rabindra Bhoi had given a fake affidavit saying his educational background, which violates Representation of the people Act 1951 and conduct of election Rules- 1961 and provisions of law relating to electoral offences and corrupt practices in connection with elections, but till date no response came from both the election heads as consequence he lodged the FIR at police station against MLA Bhoi for his falsehood seeking to register a case against him under IPC and other laws of the land, complainant Raj Kishor Bhoi said.

However other complainant Laxminarayan Samantray has disputed MLA Bishnu Das’s property list affidavit during filing of nomination held in the year 2009 assembly elections. He alleged that MLA Das had deliberately skipped informing his wife’s property status in his property affidavit at that time, so seeking judicial scrutiny and interference court he lodged the FIR against MLA Das at police station, as an elector of Jagatsinghpur assembly constituency and block Congress president, he maintained.

on the other hand MLA Bishnu Das refuted the allegation labeled against him with regard to suppressing the property status of his wife in property affidavit and informed the piece of land which was being registered in my wife’s name in the year 2006 but the said land was donated to Jagatsinghpur municipality for building a approach road utilizing for the public purpose , so the land disowns his wife’s rights , as consequence he had ignored giving its details in his property affidavit , MLA Bishnu Das informed . However MLA Rabindra Bhoi was unaware about an FIR had been lodged against him with regard to his untruthful educational qualification in form of an affidavit during 2009 assembly elections, but maintained he has approached state chief minister and BJD head Naveen Patnaik to act on the matter after the incident surfaced and still waiting his response, MLA Bhoi said.