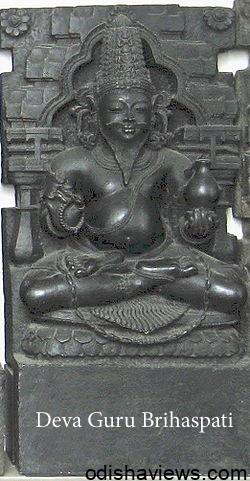 The Indian Tradition flooded with the guru-shishya tradition, lineage, or parampar. It , denotes a succession of teachers and disciples in traditional Indian culture and religions . Starting from the Deva Danava learning the Brihaspati is the guru of the Devas (gods) and the arch enemy of Shukracharya, who is the guru of the Danavas (demons). The full moon day in the Hindu month of Ashad (July-August) is observed as the auspicious day of Guru Purnima, celebrating the memory of the great sage Veda Vyasa. All Hindus are indebted to this ancient saint who edited the four Vedas, wrote the 18 Puranas, the Mahabharata and the Srimad Bhagavata and regarded as the Guru of Gurus.

In every religion which has its Indian connection such as Hinduism, Sikhism, Jainism and Buddhism has the same method of knowledge sharing for not only spiritual but it also having same way to dance , drama, war and other field also. India is the Mother Land of Philosophy of world Religion. Here religion also refer to civilization and salvation. Buddhists observe on this day uposatha i.e. to observe eight precepts. Vipassana meditators practice meditation on this day under the guidance of their teachers. In Jain traditions, it was the day, falling at the beginning of chaturmas. Gurus are acting as a link between the individual and the Immortal often equated with God. Glazing of the moon is the reflecting light of the sun, and glorifies it, all disciples can dazzle like the moon by gaining from their Gurus.

To celebrate and respect the teacher the great epic writer Veda Vyasa’s birth day celebrated as Guru Purnima and in the same Buddhism has its greater importance due to Birth day of Lord Buddha who is a Great visionary scholar and master of knowledge which lead the world in the front of salvation for common man . A guru should not harm others but try to help and motivate the student to gather wealth of scriptural knowledge. Single pointed concentration with having love and compassion as main motivations to teach should be the qualification of a spiritual teacher.
“A true guru is not concerned with imposing conformity of thoughts and feelings. He wants to arouse personal recognition and experience in the chela – not to teach him, but inspire him. But he also wants to liberate his chela from the attachments to opinions, prejudices, and dogmas – and this is often a painful process .If a chela (disciple) is accepted by a Guru, he has to approach the teacher with trustful openness and devotion; these are the two basic conditions without which spiritual guidance is impossible. It is just here that many Western chelas make it hard for themselves, because they cannot bring themselves to bow to their teacher, and become upset when their prejudices and opinions are criticised. Even when they profess to love the teacher, they defend their position and defend their standpoint. ….”

“A guru is a person who can really show you the true nature of your mind and who knows the perfect remedies for your psychological problems. Someone who doesn’t know his own mind can never know others’ minds and therefore cannot be a guru.”

After Independence in a political scenario we also celebrated the Guru-Shishya tradition parampara in the way of celebrating the birth day of a great man of great caliber of teaching Dr. Sarvepalli Radhakrishnan . He was born in a poor Telugu Brahmin family at Tiruttan on 5 September 1888, now in Tamil Nadu was elected as the first Vice President of India in 1952. He was then elected as the second President of India (1962–1967). Dr.Radhakrishnan love very much the teaching profession and during his President ship in 1962 advising his students to celebrate 5th September as Teacher’s day Instead of celebrating his birthday and is a land mark decision not only a respect to our Guru-Shishya tradition but also it remind our glorious past on the method of teaching.