[dropcap]P[/dropcap]olitics has turned into a power play game in our Nation then how our state will fall beside, its different aspect that our state is much back in economy, agriculture, education, health etc and under develop in comparison with other state of our nation but in power play game Odisha have its own significance .Our state has the history of being Congress dominated state for many years before 13 years on the year 2000 a new regional political party B.J.D. came into power this party was formed in the name of late Biju Pattnaik who was former Congress & Janata dal leader also was well known as No 1 opposition leader of the state in his 40 years of political carrier he only achieved 7 years power in state as Chief Minister once in 60’s for around 2 years next in 90’s for around 5 years ,after the year 2000 three terms election in our state has been completed and it seems like people of Odisha have putted a Full Stop on Congress party for coming into power again this can be easily visible by the Detroit condition of Congress party in state public domain . Another national party B.J.P under the leadership of Navin Pattnaik won election 2 times by having pre-alliance with B.J.D after the year 2000 ,then to certain before few months of 2009 election B.J.D denies to carry alliance with B.J.P party and prepared to jump in election field alone and they got success and clear mandate of “3” digit numbers in Vidhan Sabha whereas after getting detached with B.J.D national party B.J.P could not get success in achieving double digit number in Vidhan Sabha they were sabotaged and limited to 6 members only. 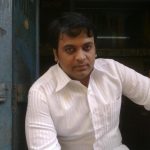 In all this success path of B.J.D. general peoples ,B.J.D. workers, Medias given credit to a man who was known as a strong  dministration Mr Pyari Mahapatro he was awarded with different titles like “Chanakya” , ‘B.J.D Ratho ro Sarathi “Krushna” , Teacher etc etc in a large instinct the role of Pyari Mahapatro cannot be kept across beside the success of B.J.D .But all of sudden a biggest twist came in Odisha Politics on May29th 2012 News anchor of Media channels were called up at mid night for Tele casting news of Midnight operation, crowd in large number were seen despite the presence of Mr Navin Patnaik outside Navin Nivas the place where in the presence of Navin babu also never turns in crowd .Sahid Nagar plot no 111 was on the lens of camera by Media houses . Mr Navin was out of India and conspiracy is going on to break Navin Government in plot no-111 this news was flashed all over state like the speed of fire everyone was anxious and curious to know what is going on.

News channels were telecasting LIVE coverage on this Mid-Night operation emergency was declared from Navin Nivas leaders from different constituencies were called up .Mr Damodar Rout turned himself as a main warrior of B.J.D to defend the party in absence of Mr Navin who was earlier been dropped in ministry because he was not in good book of Navin . Many leaders who were seen in plot 111 came under the roof of Navin Nivas by fear in that emergency call up. The leaders present In Nivas declared that COUP was going to be done by Mr Pyari Mahapatro to unseat Mr Navin as Chief Minster then at all sudden they changed the title of Mr Pyari from Chankya,Krushna ,teacher,to “TRAITOR” this type of things in B.J.D. politics cannot get digested by ordinary people ,intellectuals as well as political leaders of every party ,everybody were waiting for arrival of Navin Pattnaik at last when Mr Navin arrived and welcomed by B.J.D workers who were came from the district of Cuttack, jagatsinghpur,jajpur and Khurda in the numbers of 4-5 thousand gathered themselves in between airport to Navin’s residence which is around 1-1.5 km distance Mr Navin was caged by the leaders of party and media who were present there they painted him that this is crowd is by general people of Odisha, 4-5 cr. peoples of Odisha support you because the coup done by Mr Pyari fro back stabbing you the peoples across the state have came here to show their support towards you then it was seen the person Navin who does not like crowd at all was so glad that he told ‘I am extremely grateful to see this support and huge reception for me’ his words smells out that he has digested words painted by some political leaders after a gap of a day Navin issued a statement regarding the suspension of Rajya Sabha MP Mr Pyari Mahapatro on other hand Audacious Pyari denies his suspension and replied to Press in his firing attitude that Navin has not got any power to suspend me, B.J.D is my own party and I m in B.J.D and will be in B.J.D this party is build up by me no one can suspend me, after this statement issued by Mr. Pyari Mahapatro again the political sphere poured with shocking waves . This rift between Student and Teacher affected badly to the party many MLA’s and Minister’s were suspended and ministry was reshuffled many political leaders of Navin babu camp got internally hurt by losing their desire to be minister and for not getting good portfolio in ministry .Many administrative changes also seen after the rift among this two political legends of B.J.D.

Biju Janata Dal (B.J.D.) is in power continuous three term in Odisha for the face of Navin and management of Pyari lack of opposition was the vital point for the winning of B.J.D but in this forth coming election many factors are grown up as a big challenge in-front of Mr Navin the back bone of B.J.D Mr Pyari Mahapatro has formed “Odisha Jana Morcha” by involving large numbers of B.J.D workers and will participate in coming election, by this it can be clearly visible to a blind person also that the vote pulled by Odisha Jana Morcha will cut vote of B.J.D which will make B.J.D very weak.

Another big factor which cannot be place apart in this present political scenario of is Mr Kharabela Swain who has formed a new party “UTKAL BHARAT” on 2010 and the party has established his roots almost in every districts and blocks of Odisha the vacancy of a honest and capable leader can be fill up by Mr Swain because of his pre clean political image and his party can also come out as a No 1 alternative regional party in Odisha.
On other side all small regional parties around 10-12 parties have been united under the banner of “Odisha Jana Samukhya” key player to unite all this party is Mr Jatish Ch Mohanty who has failed to get success in 2009 election in the name of his own party Samarudh Orissa, this united banner leaders and workers have targeted to un seat Mr Navin in this forth coming election.

On a part Congress party has also been seen active now a days and started activating party workers by organising big events like Pariwartan Samabesh, Pariwartan Rally ,Padayatra etc but the party has been putted full stop by people of Odisha because the BLACK ERA during congress rule cannot be wiped out from the memory of Odisha Peoples.
Another Party B.J.P which was in Government by having alliance with B.J.D, got only 6 MLA’s by contesting election on their own strength now this party leaders are busy in their own internal camp rivalry politics they have lose the confidence to fight election alone and planning to lend on the shoulders of B.J.D again to face forth coming election .

This type of Political scenario in this present time gives the clear Indication to a tough and difficult position of existing B.J.D party for achieving winning position .Saha Commission investigation and coal block Corruption has also filled fear into the mind of Navin as the days are going on its seems like countdown have been started for the downfall of Navin’s empire, every day Anti-Navin forces are getting a step ahead and becoming powerful the pendulum is changing. To be saved from this present scenario Navin is willing for a midterm poll in state by this year itself he has no more faith on Odisha public and his own future he is totally not mentally prepared for election on 2014 as he is in mood of conducting election as soon as possible by using the govt. mechanism and other sympathy factor which he has till now in some extent wants to grab the time. He is totally feared for going into election on 2014 for his own losing image and declining position of his party. It will be tough task for other factors if Navin get success in his plan of Mid-Term poll but people of Odisha mood can also be twisted if Navin goes in a Mid-term poll for his personal benefits without having any genuine reason.