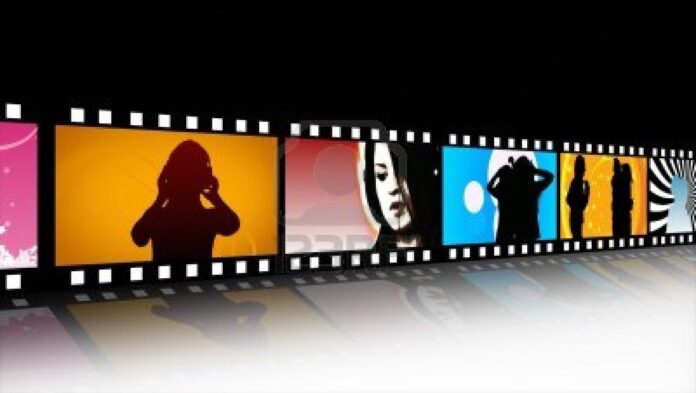 Technology and techniques of film making has been improved a lot during last few years which clearly visible from the recent movies. Also lots of studios, recording houses opened up over the period in Odisha, which saves lots of time and money for the producers and helping the unit to complete a move in short time frame. If we go through the number of movies made in recent past, it shows year after year numbers are increasing drastically, but quality is deteriorating. Once upon a time, when we used to have hardly 8-10 movies a year, now the number reached more than 30. It’s a good sign for our industry, artists and technical team because directly and indirectly providing employment to many people.
If we go to 10 years back, specifically actresses were imported to rope in our films because literally girls are not interested to act in film. I don’t know the reason; suspect may be due to lack of money, scope and opportunities. At this point of time, media specifically TV, Music and Movies industry is booming – hence lots of new talents are entering to this industry with an aspiration to make this as profession. Good to see, people from Odisha are participating in national level competitions and projecting their talents – this is all happening because our private TV channels who provide new talents a platform to showcase. All is well.
But, if we retrospect and analyze about our movies, music, et al – it does not look and feel good for any odia person. Many a people may disagree with my argument and analysis, but still I would like to put few points in order to justify my conclusion.
Let’s have a look on Movie section of our industry. Take any 10 films and analyze – we will find at least 8 films were copied from other languages and that to frame-to-frame/shot-to-shot and/or mixed of multiple movies. Interesting thing, nobody have guts to accept they copied and moreover they think people are fool. Firstly, nothing wrong in adopting/remaking a super-hit movie from other languages because new producers from different field wants their money return at any cost, so they go with tested movies and scripts. But strange thing, directors should have molded as per local culture (seen may movies even costumes are from different regions). Because there is a lot in the culture, values, ethos and lifestyle of our state – which connects people with their culture and touches their heart. Secondly, I don’t think every producer are forcing them to remake a movie from other languages, it’s up to the director to conceive a good script, convince the producer and project in celluloid with his creativity, imagination and vision. Which I feel our directors (apart from few directors) lacks serious creativity issues and moreover they need name, fame soon and forces them to adopt shortest path – cut and paste (why to spend so much of time going through books, conceptualize and covert to a movie). Personally, I feel as our film industry has been since 1936, but we have not been visible in national level because lack of creativity, innovative, originality and perfection in the field of film making. We had few directors in past, who did excellent work and projected their work in national and international levels. I wonder why our directors and producers are not thinking people from other language and industry should copy their creation and pay copyright. We have very good writers, good books and strong cultural values, so our filmmakers should explore and demonstrate their creativity, imagination, fantasy through movie, rather just copying a theme or scene from another film and inserting it in an Odia Movie. Film makers like Sarat Pujhari, Sadhu Meher, Prasant nanada, Sisr Mishra, et al had made excellent movies which all are still loved by people and even young generations. Currently we have couple of talented directors like Nilamadhav Panda ,Ashok Pati, Susanta Mani, who make good films and have creativities. Specifically, I feel and wish Susanta Mani will go a long way because of his talent.

Let’s have a look on Music section of our industry. As far as music is concerned, we got lot of new talents in our industry and they are all doing good job. Few years back music industry was in peak time, when we saw every day at least couple of music albums used to be released and that has given opportunity to new singers, music directors, lyricists, et al. However, beyond few music directors who are really dedicated, talented and worship their work – rest all just entered in the industry to get quick money, fame without having proper knowledge in music. Due to cheap, meaningless songs, borrowed tracks – music industry came down to rock bottom. Music is a powerful media to showcase the culture, identity and creativity – which our old time directors (like Balakrushna Dash, Santanu Mohapatra, Bhubaneswar Mishra, Akshay Mohanty, Prasant Padhi and Manmatha Mishra) done a great job and still we keep listening those songs because those songs have odia flavor, strong/meaningful lyrics and soul touching tracks. But question comes, why our music quality and standards gone down? Is it due to lack of talents/creativity? Personally, I don’t think we are lacking creativity and talents – rather few people entered in the field of music without proper homework, adequate music knowledge, training and those are the section of people who are coping tunes from other languages and inducting into odia songs. There are few music directors, whose music are so bad and cheap – very difficult to hear; I prefer to change the channel or switch off. Another area; which I would like to highlight, why we are importing singers who even can’t pronounce a single word properly. I don’t know the reason behind those, but I feel those songs can be sung better by local singers because local singers will add feelings, emotions to the song. We have very talented music directors (like Pramananda, Bikash Das, Sarat Nayak) who still believe in good music and creativity which has odia flavor and precisely original creation. Specially, I feel Premananda is going to be second Akshaya Mohanty and his talent will take him long way.

Overall, this gives the impression that there is a dearth of creativity, lack of imaginative scriptwriters, film makers and music directors in the Odia film industry. I had discussion with couple of people in the industry, they blame everything on viewers – they are making such kind of product because our viewers want; which I don’t agree because viewers always want originality, creativity and moreover, viewers will watch/listen what we give them. Bottom-line, there were many novellas that inspired filmmakers in past, there are many novellas which filmmakers can make a good film provided they have patience, perseverance and vision. Hence, there was no dearth of original scripts, original music tracks. We need quality – not quantity because it’s a creative house and not a manufacturing (assembly line) house. Wish producers should encourage our film and music makers and respect their creativity and originality; otherwise a day will come when odia film industry will become an assembly line.