Dhauli is not the place of Kalinga War 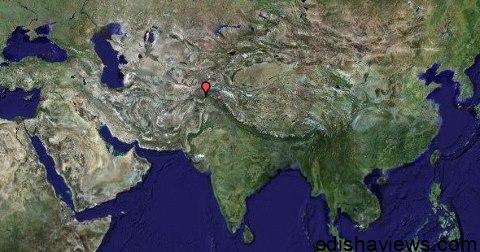 SEE Not DHAULI, here in Pakistan Hinduism,Panini, Alexander and Buddhism all meet together with XIII Rock Edict regarding Kalinga and Dhamma all here which is Having Intervening point of Invaders////////

Shahbaz Ghari has been one of the important transit stations for all invaders and conquerors that came from the north. Every force regrouped here before crossing mighty Indus at the crossing point near Hund. It was on Hund crossing that personal bravery was tested. History has it that no one in word could withstand the onslaught of Genghis Khan as did Jalal-ud-Din Muhammad, the Khwarazm Shah, gulf between different powers and internal strife between Muslim otwithstanding. Khwarazm Shah moved to India in order to seek support with Genghis Khan closely chasing.

Khwarazm Shah put his horse in the River Indus at Hund. Genghis Khan’s marksmen took positions on the River bank ready to hurl their arrows. “Stop! No one will let the arrows fly,” ordered Khan to his soldiers who were surprised because Genghis Khan was not known for forgiving. Genghis Khan called his sons and said pointing at Khwarazm Shah, “Look at the brave man.” Hund, situated on the right bank of the Indus river at a distance of about 50km from the Attock bridge, is believed to be the the ancient city of Embolima, founded by Alexander the Great. Hund is also famous for being the birthplace of the celebrated Sanskrit grammarian, Panini. In the 7th century A.D., many Chinese pilgrims visited Hund, as it was a revered place for the Buddhists of the period. Later in its history, it was made the capital of Gandhara by Hindu Shahi kings. Saddanta Jataka, the tale of the six-tusked elephant. As the story goes, the Buddha was once born as a marvellous six-tusked elephant. He lived happily in a forest with his two elephant wives. However one day, all that changed when he, unintentionally, shook a tree. Flowers, pollen and tender shoots fell on one of his wives. At the same time, the wind threw dead leaves, dried twigs and red ants on the other. This made the latter wife jealous who starved herself to death. She prayed to be reborn as a beautiful woman, which she did and went on to become the Queen of Banaras. Even as queen, she remembered how badly she was treated in her previous life. And therefore, wanted revenge from the Buddha who had ignored her in her previous life. To this end, the most skilled hunter in the land was hired and assigned to kill the king elephant and bring its tusks. The hunter set off on this mission of revenge and eventually found the elephant in the forest. He shot his poisonous arrow from a hidden pit. The injured beast surrendered to the hunter who cut off its tusks, and brought the tusks to the queen in her palace. He also related how the poor animal had generously offered its tusks. The queen was ashamed and died of a broken heart…… 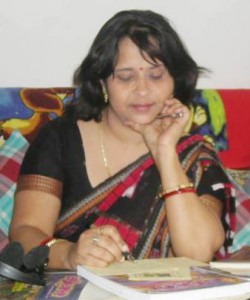