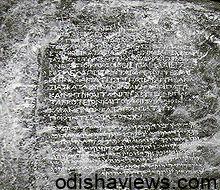 Ground of Truth for Geography and Literature

If I am saying Indo –Pak war fought in Africa then what will be the conclusion? Either there is no war or there is certain error in recording the document. In the same way the question of Asokan conversion either to be clarified from the Edicts of Asoka or from Buddhist literal sources. Each and every religion has recorded their war history in a much dramatized way. But if Buddhist chronicle not recorded the so called Kalinga War (if happened ) then whole story became a confused one. Sri Lankan Version of Asokan Conversion does not refer to any war or Kalinga War. Buddhist religious sources gives two stories in connection with the conversion. One centric around ‘Nigrodha’, the posthumous son of Sumana the eldest brother of Asoka , to whom(Sumana) Asoka killed during the conflict for the Crown Throne.

After killing his all Brothers (ghātetvā jeṭṭhakaṁ, 09 rajjaṁ aggahesi pure vare. MHV33-48[283]- after killing (all) his elder brothers, he took sovereignty over the noble city.) Asoka’s accession to the throne happened . Nigrodha was born in the year of Asoka’s accession to the throne and at the age of 7 he became a monk by special dispensation , and preached to the monarch. A little small boy and as a nephew Asoka so impressed that he readily converted to Buddhism. The conversion story may be an emotional one and want to made a reconciliation between Asoka and his nephew and added a religious mask to Asoka so that Buddhism may not be targeted by others.
“By his seventh year Asoka was confident that there was no danger to his position on the throne from any male relatives. Restrictions may have been relaxed and Nigrodha made welcome in the royal household. Not being direct heir the boy may in later years become a Buddhist monk.”[Romila Thaper-AaDMp-34-35]

If at the 7th years of coronation Asoka turned to Buddhism then Kalinga war on 8th year of coronation having meaningless. “An interesting point which emerges from the Edicts is that Asoka fervor for Buddhism increased during his later years .”[Compare the kalinga Edict with the Schism Edict. Bloch, Les Inscriptions d’ Asoka, pp. 136-43, 152-53”]
The question of conversion from the Edict also not supported a immediate one,rather it shows it as a gradual process and the reason is political and personal not to any specific incident on war. From Minor Rock Edict-“…Adhikani addhatiyani vasani yada aham upasako na tu kho balham pakata ahosim, ekam samvacchare satireka to kho samvaccharam yam maya smghe upasito balham ca me pakata Imina……///…When I was a lay devotee for more than two and half years , no exceeding growth was apparent. After a year when I started serving Samgha , there was exceeding Growth.

The conversion of Asoka In Mahavamsa 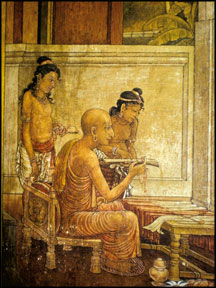 One time, while stood at the window, after seeing a peaceful striver, 08 the novice Nigrodha, going along the street, his heart gained faith.

Asoka had left the sovereignty of Ujjenī, given by his Father, and gone to the City of Flowers when Bindusāra was sick,
katvā puraṁ sakāyattaṁ, mate Pitari, bhātaraṁ
and after taking possession of the city, with the death of his Father,

Hsuan Tsang and ‘Divyavadana’ story saying different on conversion
Under the Divyavadana story A prison was established by Asoka at Pataliputra under the direction of Girika, and the inmates were put to severe tortures. On one occasion Samudra, an ex-merchant from Shravasti who had become a monk, was put into the prison, but by his miraculous powers managed to save himself. Asoka hearing of this visited the monk, and was so impressed by the series of miracles which he performed that the royal observer was soon a devotee of Buddhism. This story has all the ingredients of the usual conversion stories, previous wickedness, revelation through a series of miracles, and final conversion. [ADM=pg.-35] 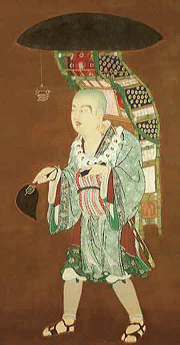 A-yu-wang-chuan story on conversion & Asokavadana story
This story states that Asokan conversion to Buddhism due to a 7 year old Shramana. One of the stories relates that once a group of 500 Brahmins harassed Asoka due to his favour towards Buddhisism but when he (Asoka) visited the monastery Kukkutarama he their found the same 500 Brahmins now miraculously turned into Buddhist Bhikkhus. This story may be influenced by local folk lore but it seems similarity with other concept in one ground that Asokan turn to Buddhsm due to a young monk not it is a result of any war type situation.
In Asokavadana story, it related to a twelve year monk who is responsible for conversion . He is responsible for conversion and the name of the boy was Samudra and he is a son of a merchant.

When Killing of Brothers Recorded in Buddhist Chronicle then why not Kalinga War?
Killing of Brothers very well recorded in Buddhist literal chronicle but not in the Edict where as there is no reference of his Brother’s killing and family drama in the Edicts if all the Edict writer is Asoka so called Dvanampiya, then which one is right? It is a greatest question mark. Why Buddhist literatures want to over shadow his family violence? Is it due to Great pressure of Ramayana where Brother Laxmana and Bharata’s devotion towards their brother Rama always have a great impression in Indian mind? Therefore the error is clear. All violence and conversion theory centric around family drama not of any devastated war references. 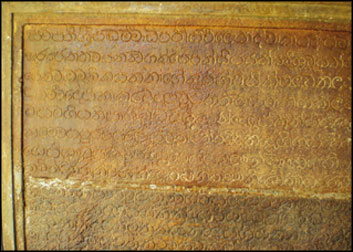 It is a very simple question that , if Asokan conversion story relating around his family killings and devastation then why not it recorded the same Kalingan violence in literary concept? All the same, after reading different types of edict(Pilar, Minor and major) another single reference on war or Kalingan king why not found is a great question mark. One can’t avoid by just saying that Buddhist don’t want to record violence so that they avoid writing Kalinga war or Asoka so disheartened that he omit to write Kalinga war. The base point is very weaker one when we refer to great Buddhist chronicle Mahavamsa.
Finally going through the conversion story it looks like to avoid the family violence action of Asoka to acquire the throne. Ramayana always a greater impact in India from ancient time. Even in ‘Geeta’ Lord Krishna says “I am Raama , when I hold weapon”. In Ramayana ‘Bharata’ and ‘Laxmana’s ‘sacrifice always a great boost up theory for King Ship and guide line for monarchy. Seeing this, all the Asokan Buddhism conversion story looks likely to avoid family violence, When 99 brother’s killing for the throne can write down, then why not Kalinga war is written properly? It is a great question mark.

The Odisha’s traditional folk song and dance during the yearly Dola festival ‘ Laudi Khela is fast losing its popularity in state with due...
Read more