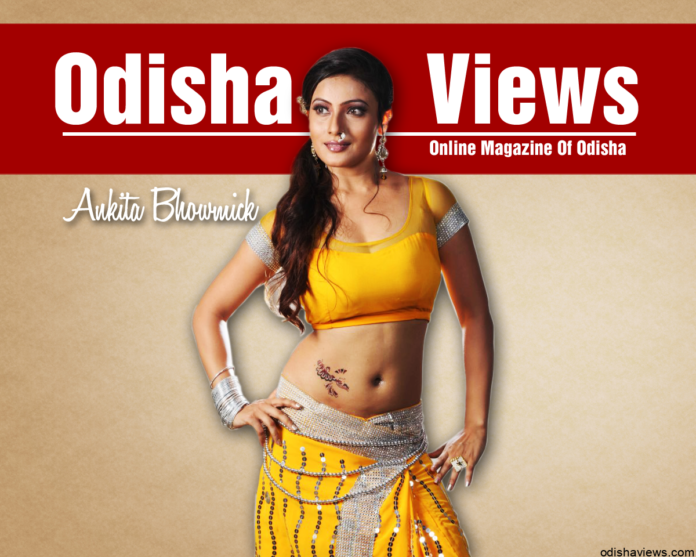 Ankita Bhowmick is a fabulous beautiful actress and dancer who is known for her performance. She comes to the Odia film industry as a part of the celebrity show DANCE DHAMAL on ETV ORIYA with her partner Lubun who is a fantastic actor, director, and choreographer in the film industry. Ankita’s family is complete with his brother and his wife and their sweet daughter. her mother died when she was too small and her father died recently.

She loves to play carrom, listen to soft songs, and draw sketches. and reading books. (birthdate: 15 Jan). She likes to talk, and make frenz, and She loves SAI BABA. She hates discussing any other person and she hates drinkers. She was always interested to dance..act from her childhood days. She used to act how her family members talk to each other wen they are angry, sad in front of them only and they used to laugh..every time. and her papa always said that if u choose your hobby as a career you would make it better..so she decided to make acting her career.

After that, she started her film carrier. She has done three Odiya movies. Her first debut film is “MU KANA ETE KHARAP”. Then she works in “DIL TATE DEICHI” and recently she works in “PARSURAM” with dashing Aurindam……..

She chooses acting as a carrier because of her love for dance and also fulfill her father’s dream. Her father told her that if she loves dancing she would made a bright future in it. Now she is going to do an Odia serial “TEASWINI”(WOMAN AGAINST INJUSTICE) as a lead character.

All after that Ankita is a very simple and honest girl in real life. She is an outstanding and trained actress in the odia film industry…….we wish her very good luck for her future.

Ideal actor of her is a little different. He is LUBUN ..actor choreographer n director of Odia album industry. whatever she knows about acting and dance it’s all because of him..so he is her ideal actor and the ideal actress is Madhuri Dixit.The queen of dance n expressions.