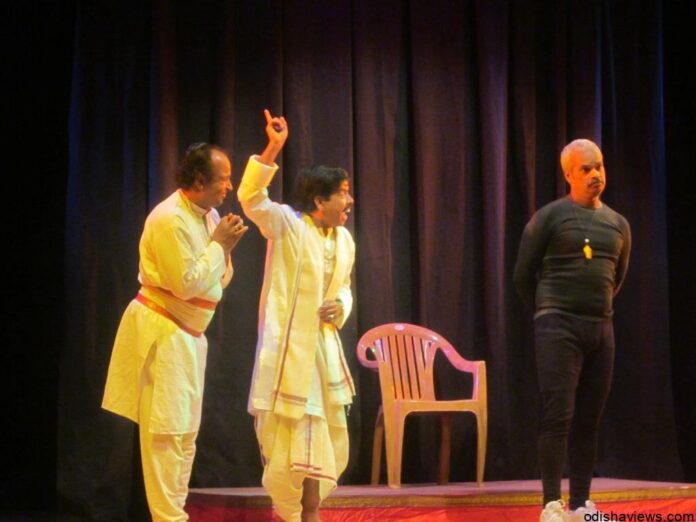 AGATSINGHPUR  Feb 26  .  The seventh day  Canfest 2013 National Theatre Festival  held in Paradeep port town presented an offbeat  Kannad play  ‘’What Craziness! Why you behave this way?”, the play was designed and directed by Mr. Prasanna.
The 120 minutes Kannada play was performed by 16 on stage artists who belong to the Rangayana group from Karnataka. The story of the play revolves around the Bourgeois Gentleman and the communalism that prevailed in Europe during the 17th century. The bourgeoisie were accumulating power and were dominating the lower caste. Next came the generation of neo-rich who were rich by the time of birth. They differed a lot from the middle class. They are professional but not educated. Their concerns culture, value all underwent a drastic change. The play focuses on the change but it does not compare the old etiquette with the new one, nor express anguish at lack of attitude.
A very important name in the Indian theatre, Mr. Prasanna established ‘Samudaya’ team in Karnataka state and stood in the forefront of many cultural bandwagons for creating socio-cultural –political consciousness and organized shows all over the state. The director has also directed plays for National School of Drama, Delhi and Rangamandala of Bhopal, Neenasam of Heggodu.
Mr. Prasanna, who is also a good designer, is engaged in the creation of literature and has written plays like Thadroopi, Dangeya munchina dinagalu, Mahimasura, Uli and few more.
According to Prashant, one of the actors of the play, “the idea of the play is to live life in a simple way just like the birds and the animals. Simplicity is the most important thing in one’s life.”
However, the play was liked by the local people. “Though the language of the play was alien to us, but the message was clear as language is not a barrier,” said Pallavi Mohapatra an audience who witnessed the play. Eminent  Theater personality and Odia cine actor Ajit Das attended as guest 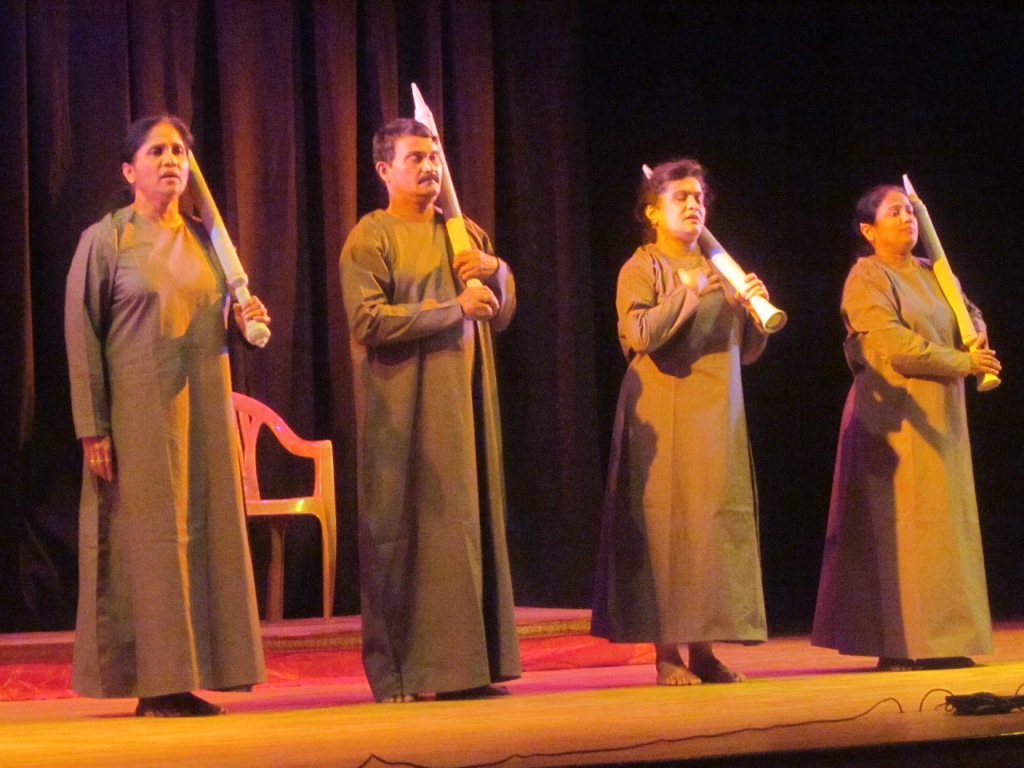 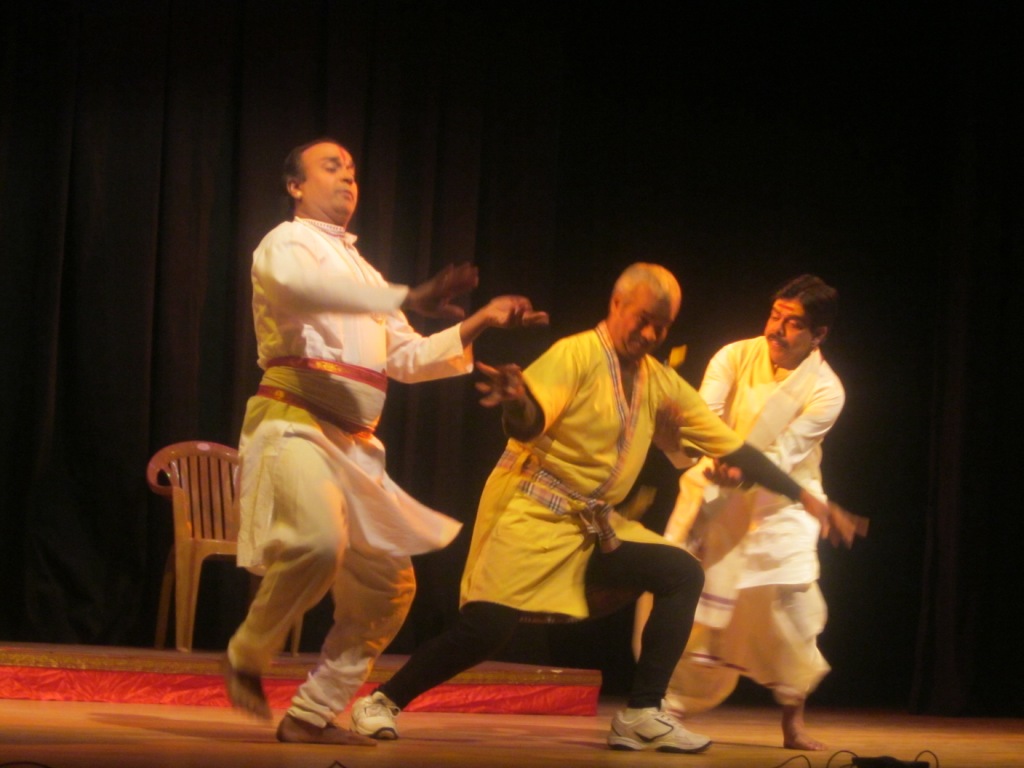