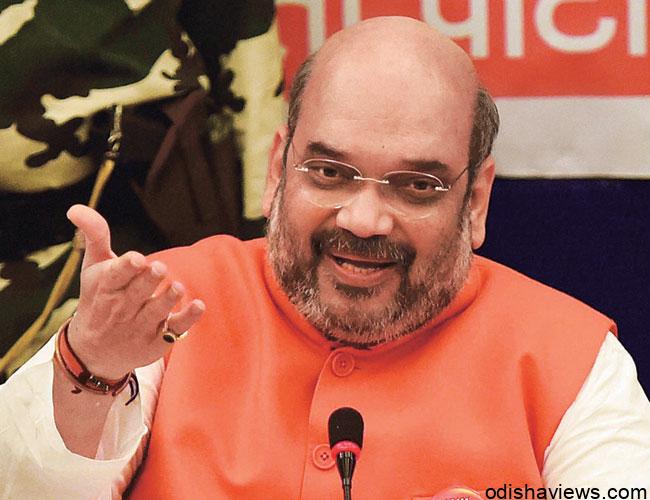 BJP president Amit Shah on Tuesday said that his party will make the next government of Odisha with a two-third majority in the 2019 Assembly elections.

“Since I work at the booth level, I know the situation at the grassroots level. Based on that assessment, I can say that in 2019, the BJP will form the next government of Odisha with two-thirds majority,” Shah, in Ganjam district Addressing a gathering in Hoogulpat village, said, Odisha Chief Minister Naveen Patnaik’s home turf

Shah, who was in Patnaik’s home district, said that despite abundant natural resources Odisha is lagging behind in development.

“There is no electricity in every house of Odisha, no drinking water, no toilet and people have no employment, what is the state government doing? Why is there no development in the state?” Asked the BJP president.

He said that compared to the last 25 years, Odisha has received more money from the central government led by Narendra Modi in the last three years. He also said that 36,000 polling stations will be strengthened in Odisha in the coming days.

Shah, petroleum minister Dharmendra Pradhan, BJP legislator Dal leader K.V. as part of the ‘Mo Buddha Sabuthu Mazuboot’ (My booth is the strongest) program. Sinhdev and other senior leaders held a meeting with booth level workers in the same village.

As part of the BJP’s Dalit Outreach program, Shah also used lunch with the OBC family. He will also address the Conference of booth workers in Barhampur.

On the three-day tour of Odisha, Shah will visit Jajpur district on Wednesday. In Jajpur, they will pray in the historic Birja temple and will address the booth level workers.