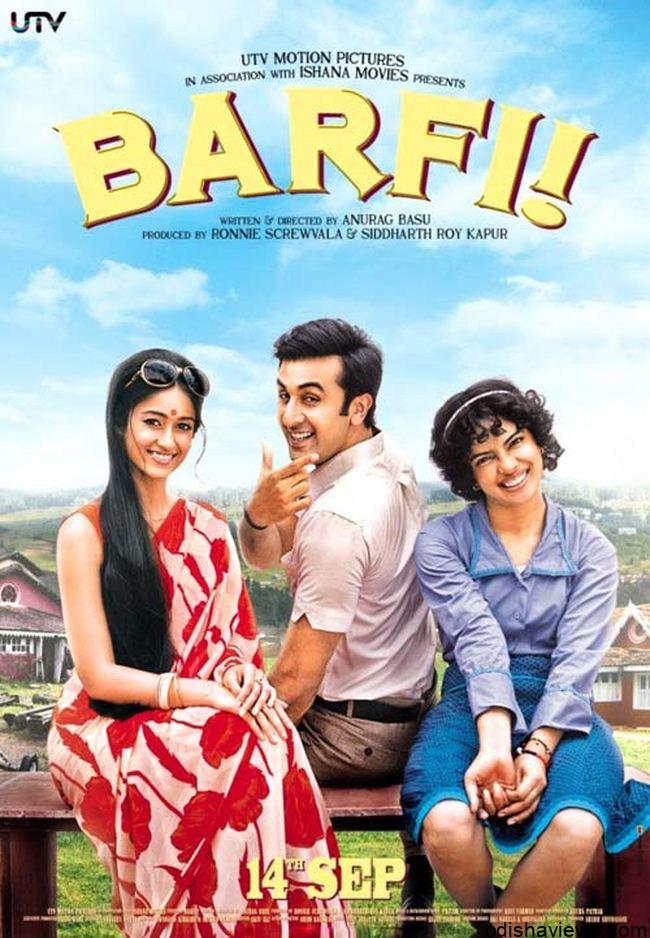 [dropcap]T[/dropcap]his film is about a deaf-mute man and his search for love, it is told with humour and sensitivity. Barfi is born to a poor couple in Darjeeling. His mother passes away shortly after his birth and Barfi- discovered to be deaf – is brought up by his driver father. Barfi is not a shy guy, he is a mischief-maker, an attention seeker, an insecure friend and warmly demonstrative with all those he is attached to. He follows young girls like Shruti around town declaring his love for them and asking them to be friends after they reject him. Barfi falls in love with Shruti. And although Shruti is attracted to him, she prefers to be sensible and marry the man her parents have chosen for her. Barfi is also deeply attached to the neighbourhood rich girl Jhilmil who is autistic and whose own parents find her difficult to love. The film is about Barfi’s love for these two women and their love for him.

As a Hindi Barfi is slightly motivations of romantic love. It ruminates on love and how Barfi and Jhilmil and Shruti need and trust each other. But the story’s greatest strength is its cheer and charm.
Director Anurag Basu offers a film which is lovingly detailed, with warm fuzzy layers and golden hues. Pritam’s music and background score matches the warm cheerful hues of the film.

The only problem is its constant and incoherent time switches. The flashbacks are disjointed and it’s difficult to figure out the chronology of the story within the different time zones in the film. There is also a lot of suspense that the film.

Ileana makes a mature debut. Although she looks too young for her role, she manages to be competent. Priyanka does a super job. Jhilmil is simply outstanding…….. It could have so easily turned into a Sadma. But Priyanka manages to her character with charm, and intelligence.
Ranbir, of course, rocks. That actor is truly gifted. All in all, Barfi is warm, tender, spirited and really funny –a truly delightful film. So the question one would like to ask is: If Anurag Basu directed Barfi, who in the hell made Kites? Good and Bad are relative terms and one cannot really dictate what other person should like or not like. If people can find meaning in this film or enjoy it without finding any – good for them! But hailing it as a masterpiece and great cinema is just too much!

Why is it a masterpiece? Just because media says so? Or because the makers claim so? Or just because the film pretends to do ‘something different’ no matter how substandard it is.
It’s shocking to see how impress people so much. The bitter truth is this ‘Barfi’ is not all that sweet! And it’s high time somebody said so loud and clear.