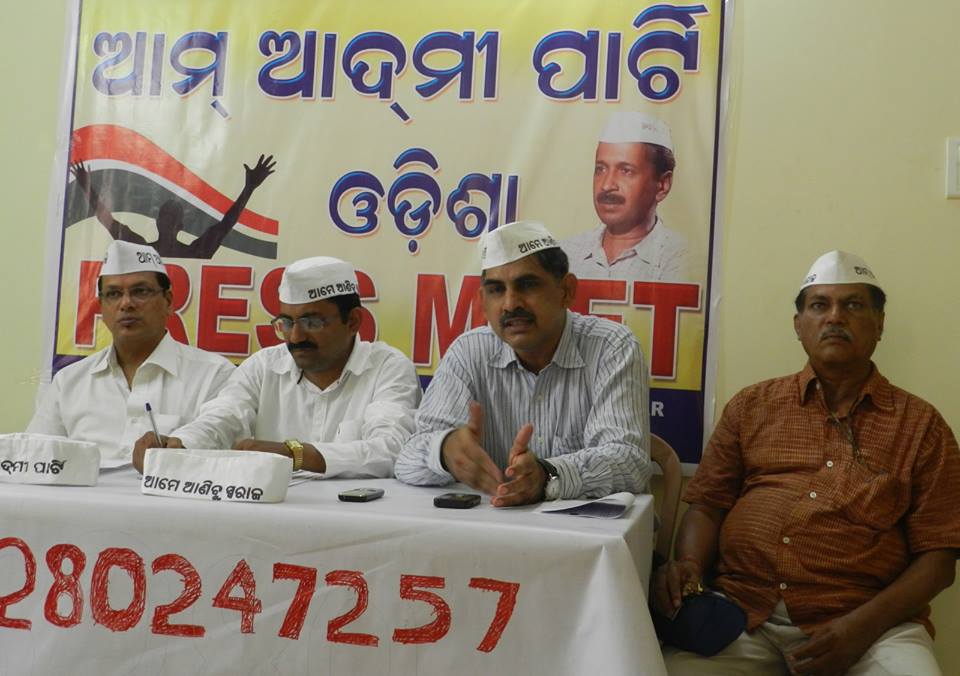 AAP Odisha today in a Press Conference allege severe corruption in IDCOL. It is evident from the documents obtained through RTI that IDCOL has been a hive of various cases of rampant corruptions costing the public exchequer losses running to hundreds of crores. Like many such state public sector companies set up to maximize value addition of mineral resources of the state in public interest and generating profit for the people and welfare programs of the Government, IDCOL has been in steady decline and most of its units have become loss-making ventures resulting in eventual privatization at very low valuation. The Complete Details of the expose is attached. 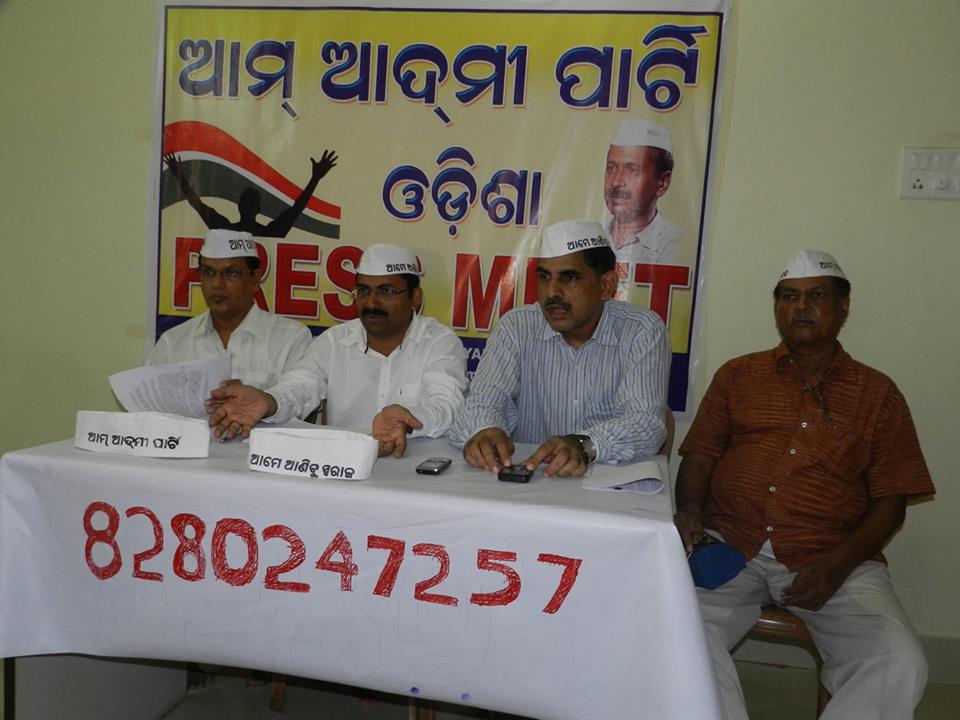 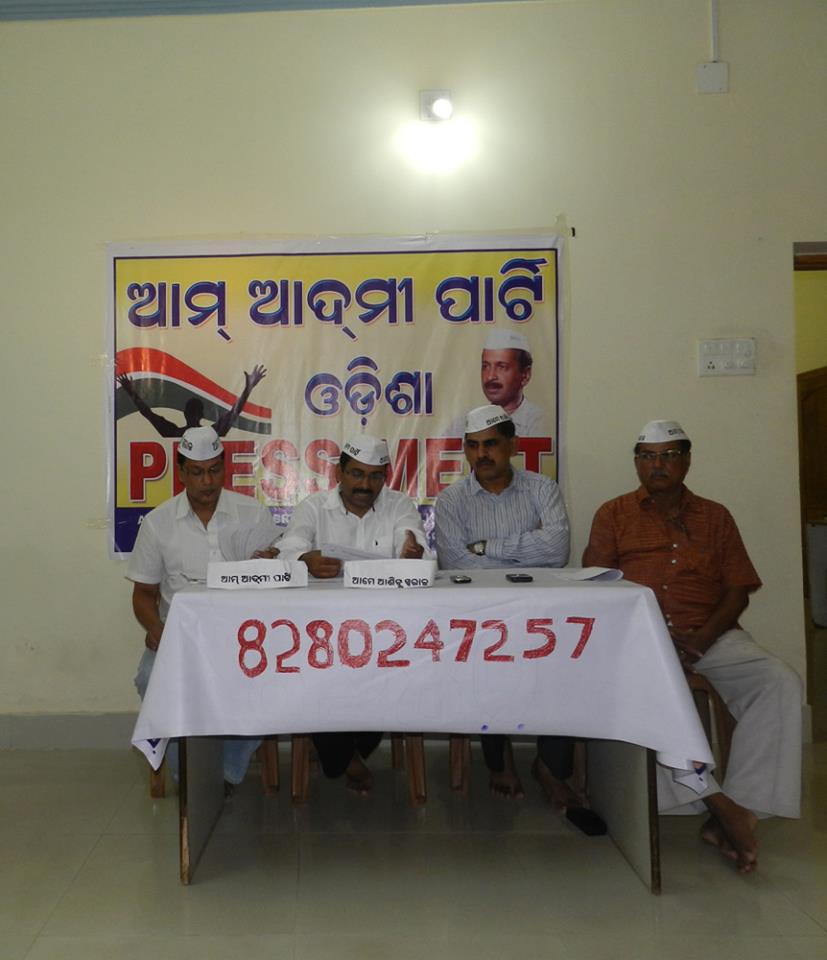 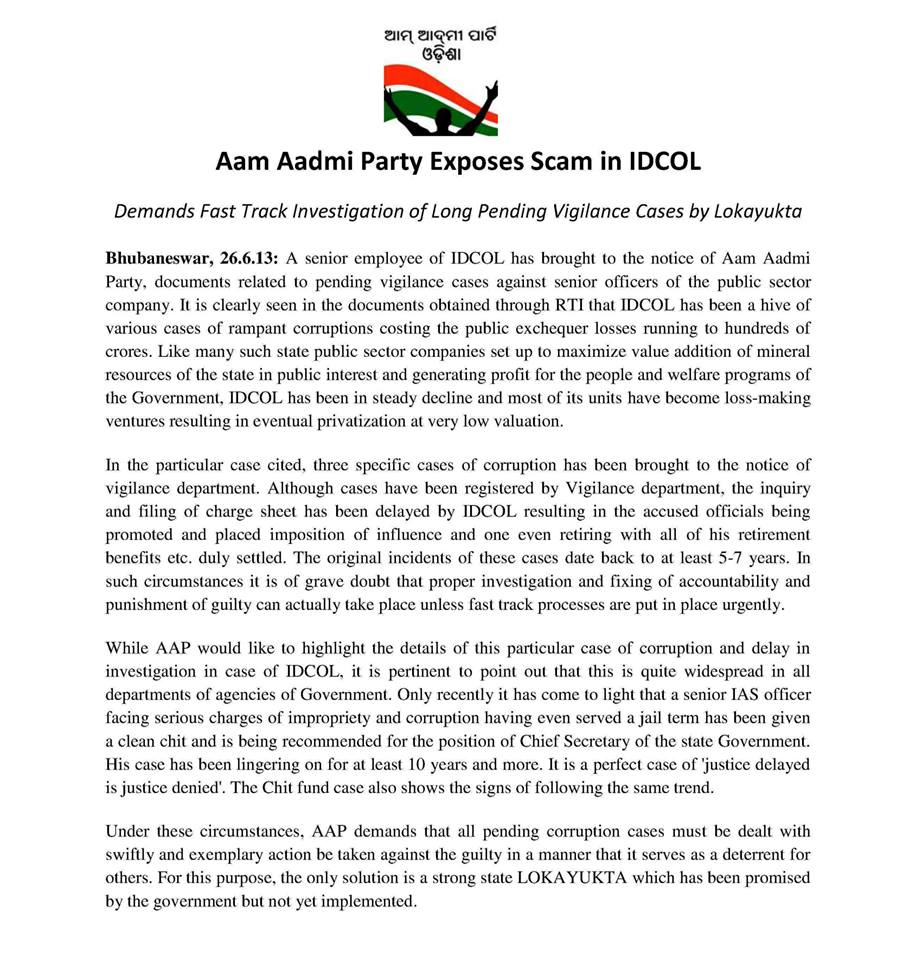